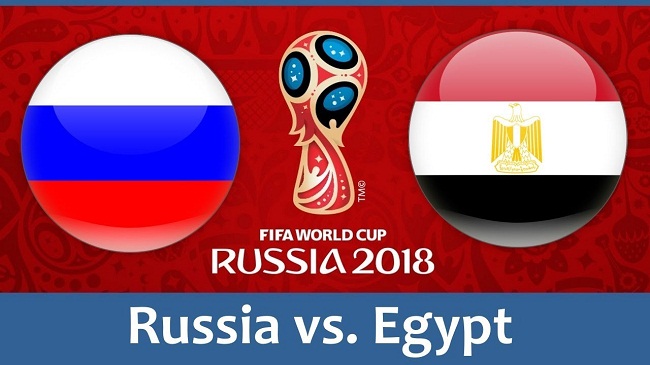 Hosts Russia will look for a win and secure a place in the knockout stages, although the Pharaohs will look to bounce back from the loss in order to stay in the competition. Russia opened its 2018 World Cup campaign with a 5-0 demolition of Saudi Arabia while Egypt lost a hard fought match against Uruguay. 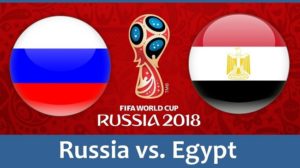 All eyes will be on Mohamed Salah’s availability for this tie who missed Egypt opener due to an injury scare. Coming off a sensational season with liverpool scoring 44 goals, Salah will look to emulate his performance for the national team as well. However, Russia boss Stanislav Cherchesov says Russia have a plan to stop Salah, even if he is available. Meanwhile Russian midfielder Alan Dzagoev was forced off the pitch against Saudi Arabia. Cheryshev, who replaced Dzagoev – is most likely to start for the home team after scoring twice in the 5-0 victory against Saudi Arabia.
A Russian victory would mean the Egyptians could be effectively out of the tournament with their only hopes of qualifying clinging on a Uruguay win against Saudi Arabia. But a Pharaoh win would open up the competition in Group A.

The teams are confirmed for #RUSEGY! #EGY fans may recognise a familiar name returning to the Starting XI…#WorldCup pic.twitter.com/K6gN6YCymi