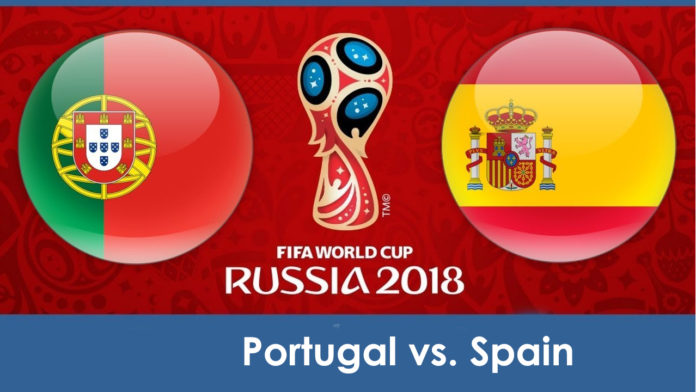 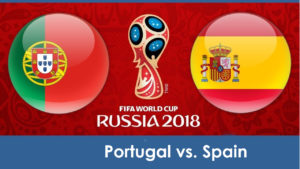 Cristiano Ronaldo was the star as his hat-trick ensured that a point was secured in a thrilling 3-3 draw against neighbours Spain.

Ronaldo opened the scoring in the 4th minute through a penalty after he was fouled by his Real Madrid teammate Nacho inside the box. 20 minutes later Spain equalized through a fierce shot from Diego Costa.

At the stroke of halftime Ronaldo once again put Portugal into the lead when Spain’s goalkeeper David de Gea made a blunder and fumbled the incoming shot which lead to the goal.

Coming back from the break Spain made a quick comeback with Costa and Nacho scoring in quick successions and putting Spain 3-2 ahead. Nacho scored a spectacular goal from 25 yards that just fizzed past everyone and eventually ending up behind the net. But a sensational Ronaldo free kick in the 88th minute ensured that both the teams walked away with a point each.

This draw puts both the teams behind Iran who are currently in the first place having beaten Morocco.

Here are the highlights of the match played between Portugal and Spain.