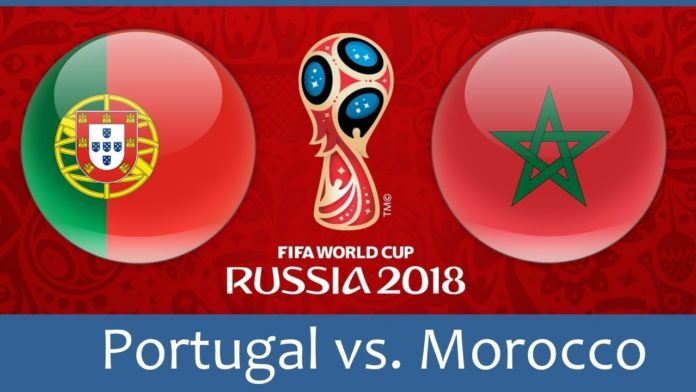 Group B favourites Portugal go head to head tonight with Morocco, in a match which is a do-or-die situation for the latter. Portugal will be looking to secure 3 points from today’s match so that they can advance to the next round whereas Morocco will be tasked with stopping Cristiano Ronaldo’s high-speed offence any way possible. The way this World Cup has turned out to be in the last few days with smaller-teams upsetting the bigger favourite teams; it won’t come as a surprise if Morocco pulls off a miracle especially considering the fact that Morocco has triumphed over Portugal in their previous encounter which dates back to the 1986 World Cup in Mexico. They beat Portugal 3-1 in the group stage in Guadalajara. That result eliminated Portugal and made Morocco the first African side to reach the second round of a World Cup.

The match will take place at Luzhniki Stadium in Moscow and is scheduled to begin at 5:30 pm IST. It will be broadcast live on Sony Ten 2, Sony Ten 3 and Sony ESPN.