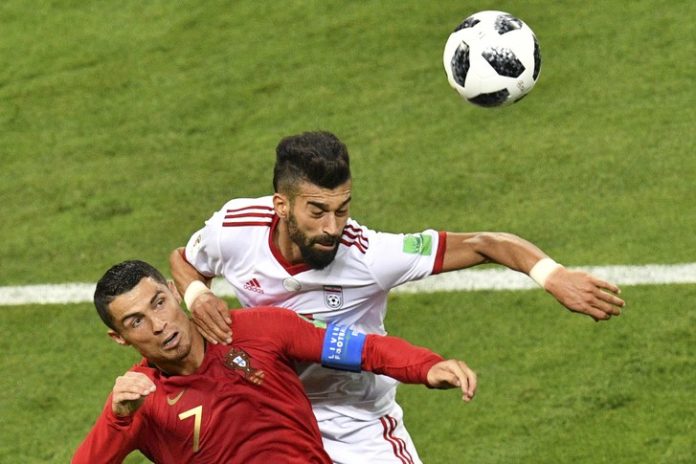 VAR awarded Iran a late penalty in stoppage time as Portugal and Iran play out a dramatic draw to wrap up the group stage matches of Group B. A draw was more than enough for the men in red as they have set up an interesting clash with Uruguay in the Round of 16. This match is a contrary to all those people who believe Portugal are a one man team as Portugal got the result they wanted without much contribution from their talismanic striker Cristiano Ronaldo. 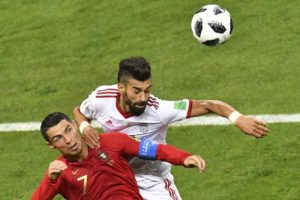 Not only did Ronaldo have his penalty saved but he should have been sent off for throwing an arm on Morteza Pouraliganji’s face. But after checking with the on-pitch screen, only a yellow card was shown. Hard to see the fact that those raging horns off the pitch symbolizing the enthusiasm has to go home after a remarkable campaigne. Portugal took the lead courtesy a stunning Quaresma goal at the brink of half time. The besiktas player recieved the ball just outside the penalty box and in classic Quaresma fashion, he whipped the ball beyond Iran goalkeeper with the outside of his right foot. With Iran trying their very best to find an equalizer, Portugal had the chance to double their lead when a VAR decision when in favour of Ronaldo who was tripped by Ezatolahi inside the penalty box. However, the Iranian goalkeeper had ideas. A brilliant save by the young Beiranvand denied Ronaldo his 5th goal of the tournament. 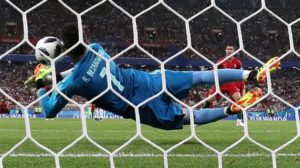 Iran’s frustration with the VAR increased as a referal clearly showed Ronaldo elbowing Pouraliganji in the face, But the Real forward was awarded just a yellow card for his offfence. But this wouldn’t be the last significant highlight of the match as Iran found a late equalizer in stoppage time through a penalty that was awarded by the VAR. Although Iran took this a glimmer of hope to pull out a rabbit out of the hat, it was a little to late as they had run of time and eventually out of the competition as well.

FIFA World Cup 2018: Uruguay finishes in top of Group A by outplaying Russia