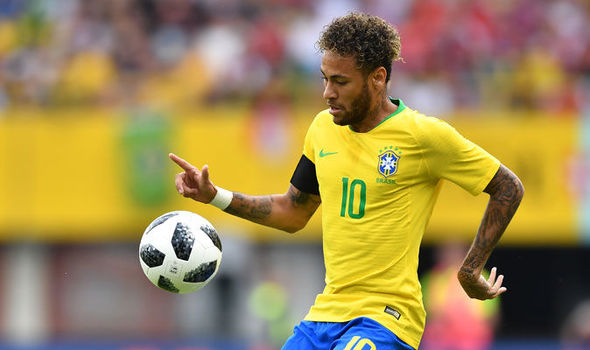 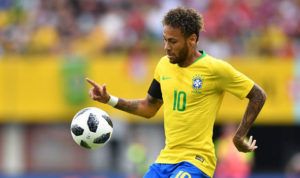 Neymar da Silva Santos Júnior, or famously known as Neymar is a Brazilian forward who currently plays for Paris Saint Germain. At just 26 years of age, Neymar has already etched his name into the plethora of Brazilian legends by winning the South Americans their first ever Olympic gold medal in the 2016 Rio Olympics.

Having made his debut in 2010, Neymar has scored 55 goals since, equaling Romario’s record for Brazil. He stands third in the list of all time leading goal scorers for Brazil with only Pele and Ronaldo having scored more than him. With the abundance of talent and number of years left in him, it is only a matter of time before he becomes Brazil’s leading goalscorer.  Neymar moved from Barcelona to Paris Saint-Germain in a transaction worth €222 million, making him the world’s most expensive player. 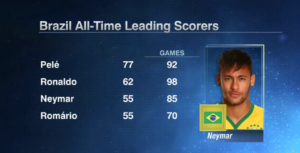 With a back injury in the quarterfinals putting a dramatic end to his World cup campaigne in 2014, Neymar, wearing the legendary #10 jersey, will look to make an impression in 2018 and lead his team to their 6th world cup trophy.

Watch all of Neymar’s goals for brazil here :