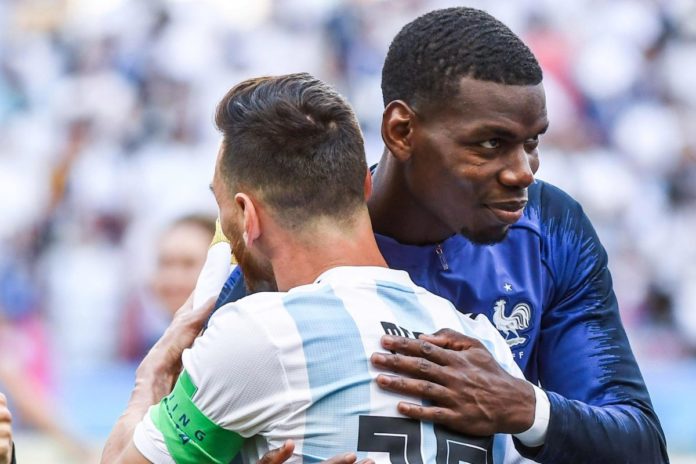 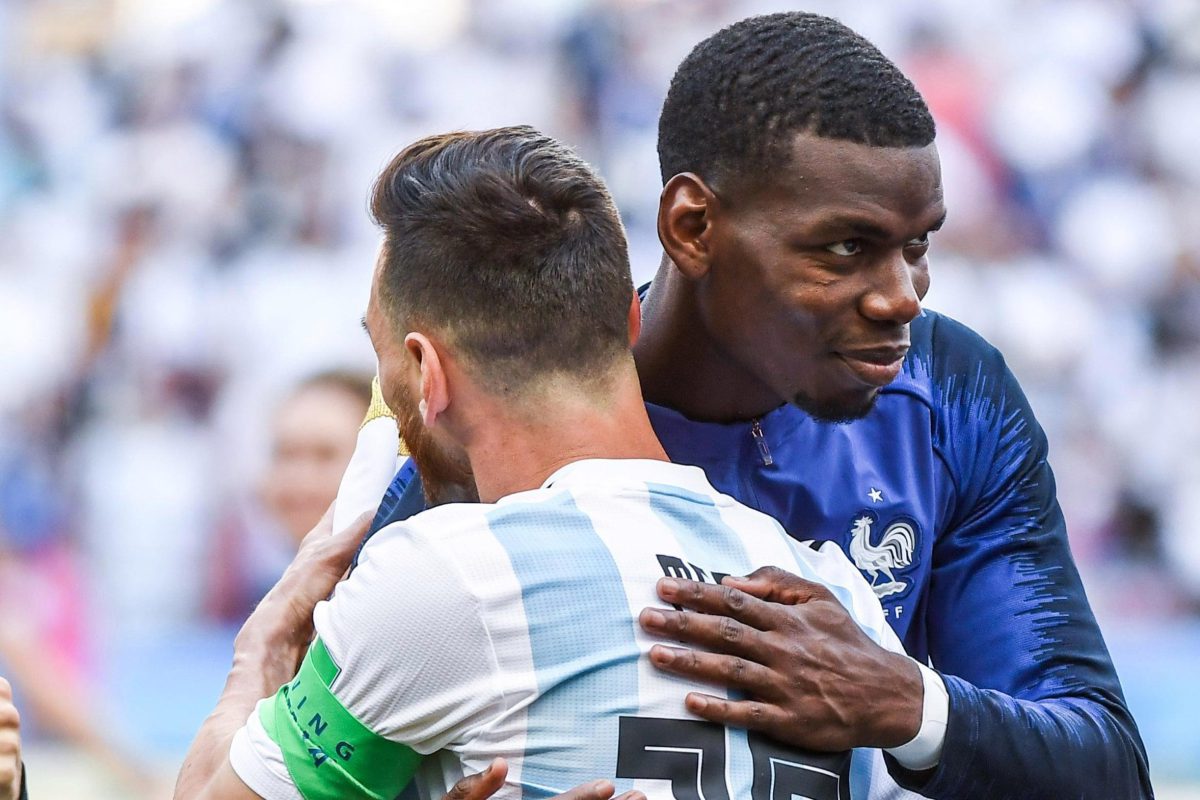 Lionel Messi’s La Albiceleste’s world cup dream ended in a defeat as they finished second behind Didier Deschamps Les Blues. The Europeans earned their first ever victory over the South Americans at a World Cup, after the seven goal derby came to an end at the Kazan Arena in Russia. Paris Saint-Germain ace Kylian Mbappe was at his best as he scored a brace to help his team secure their golden ticket to World Cup quarter-finals where they’ll take on Uruguay.

Speaking after the game, Pogba took a moment to praise his idol aka the La Albiceleste captain Lionel Messi. In an on pitch interview, Manchester United star Pogba said TyC Sports: “We know that we are playing against probably the best player in the world. For 10 years now I have been watching him, learning from him. He makes me love football more, always.”

Paul Pogba on Messi: "We've played against the best player in the world. I've been watching him for 10 years to learn from him, he makes me love football. He's always going to be an idol for me."
pic.twitter.com/DYEqoabr5T

Also Read: La Albiceleste Are Out Of The World Cup After Les Blues Proves Too Heavy For Them