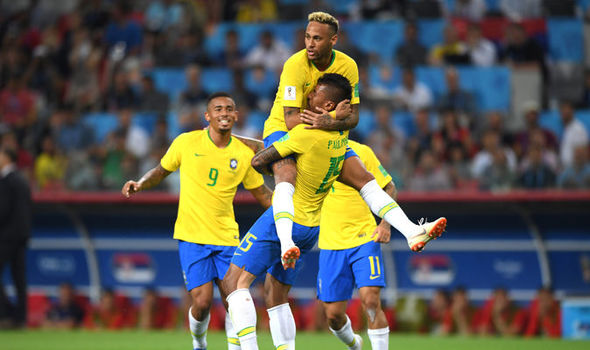 Brazil put two past Serbia to ensure they finish as group toppers and book a spot in the Round of 16 where they play Mexico for a place in the quarters.
Most of the match was dominated by the Samba boys over a defensive Serbia. Even though Serbia had 10 shots out of them only 2 were on target and Serbia couldn’t capitalise on those shots. Serbia ended their World Cup campaign finishing in the 3rd position behind Brazil and Switzerland 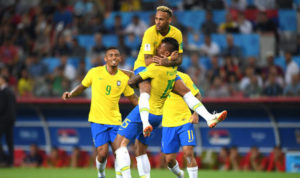 The first goal happened in the 36′ minute when a defence-splitting lob by Coutinho landed in front of Paulinho and he scored it with ease over the head of Vladimir Stojkovic. The second goal came in the 68′ minute when Brazil won a corner and Neymar delivered it only to be headed home by none other than Thiago Silva. 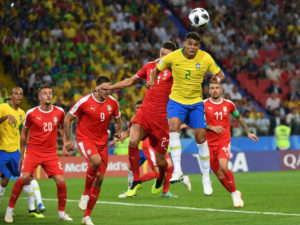 Eventually, Brazil was the dominating side when they were close to putting up the 3rd goal which Neymar tried to chip over Stojkovic but the ball was slapped away by him.

Football: Davide Santon- once a wonderkid, now reaching his prime signs for Roma.