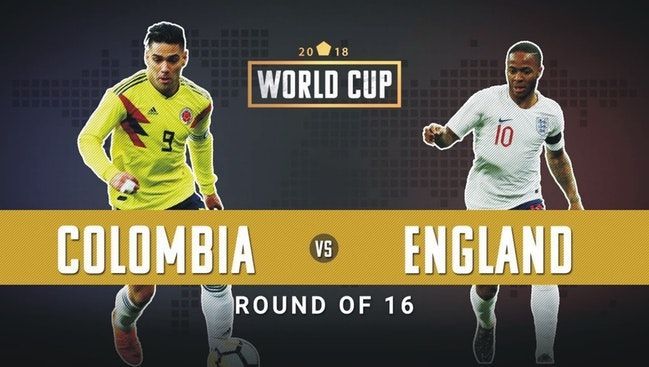 Colombia faces England in one of the most awaited matches of the Round of 16 which England are hopeful of winning. England has had a good World Cup till now and would like to play in the Quarters, which they haven’t since 2006. For Colombia, this is their third time in the knockout stages and haven’t reached the quarters before.

For Colombia, doubts still persist over whether star man James Rodriguez will be fit to start for the South Americans in Moscow. James, 26, went off injured during Colombia’s 1-0 win over Senegal on Thursday that saw Jose Pekerman’s side seal top spot in Group H.
However, fellow midfielder Abel Aguilar is likely to feature having recovered from the muscle problem.

For England, Dele Alli is fit from the thigh injury he had picked up and has been cleared for a start.

TEAM NEWS | The teams are in for #COL and #ENG#COLENG // #WorldCup pic.twitter.com/mGBizd89rl