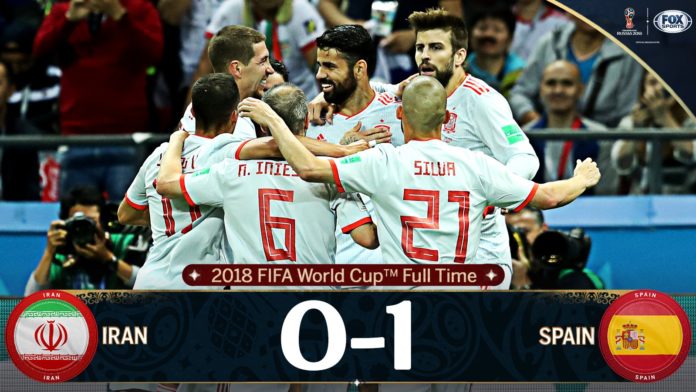 Spain beat Iran 1-0 at the Kazan Arena to take the well needed 3 points to finish the 2nd matchday for Group B as the Leaders.

For large parts of the match, Spain failed to break down the tough Iranian defence and then Diego Costa’s breakthrough goal in the 54th minute gave them enough options to rest and defend. Moreover, Iran’s equalizer was waived off for being offside, a ruling confirmed by VAR. Spain can advance with a win or draw against Morocco next week who have lost both their group matches and are eliminated, while Iran will likely need a win against Portugal to book a berth in the Round of 16. 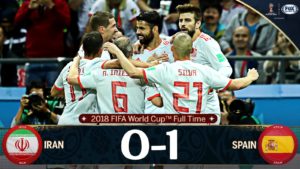 Iran was constantly playing defensive football with a rough tackling mentality in the first half where most of the match was being played in their side and all the 10 players defending. Tactically they were very strong and showed sheer brilliance while ‘Parking the Bus’.
Some of the memorable moments from the match:-

Sometimes luck is all you kneed.

(we'll see ourselves out) pic.twitter.com/B6arwyukFU

Iran thought they had equalized but VAR ruled it was offside! pic.twitter.com/CObtXL78Sq

Wild scramble in front of net!

Somehow Iran blocks it to keep the score at 1-0. pic.twitter.com/PPHhgpyHnx