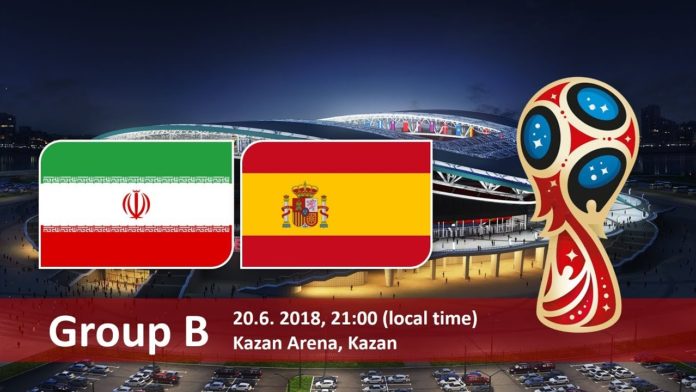 This will be a deciding fixture for Spain as they face, in-form Iran for their 2nd fixture of Group B at Kazan Arena, Russia today.

The referees for the match are as follows:-
Referee: A. Cunha
Assistants: N. Taran, M. Espinoza
Fourth official: J. Bascunan 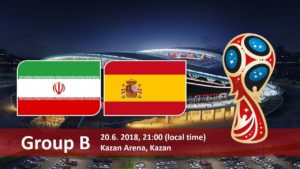 This will be the first time that the teams face each other and it’s expected that sparks will fly as Iran has already registered a win against Morocco and Spain are coming from a draw against Portugal [or should I say, Ronaldo XI].

Players to watch:-
Diego Costa- Diego Costa netted a brace in Spain’s opening game against Portugal and the first goal was from a really tough situation but was later subbed off. He would like to prove to Hierro how he should get 90 mins on the pitch. 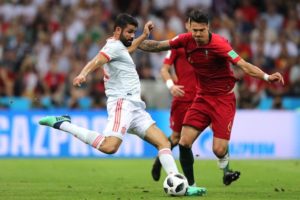 Sardar Azmoun- It will be a homecoming for the Iran International, who plays in Rubin Kazan and he would like to prove how good he is both with his club and the National team.
He has also netted 11 times for his team during qualification. 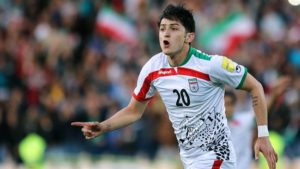 None of the teams have any injuries after the first game and Hierro has vowed to keep faith on De Gea even after his blunder against Portugal.

We have the Starting XIs for #IRN and #ESP #IRNESP pic.twitter.com/pZQvmZ0B3V