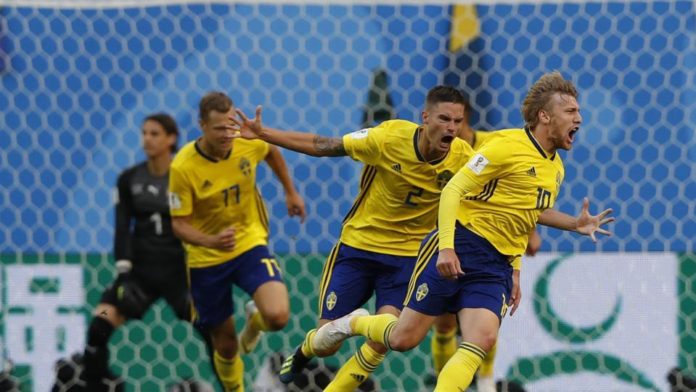 Sweden prevail over Switzerland in the last all-European tie of this round. The only goal of the match came from Sweden’s Emil Fosberg, whose shot was deflected by Swiss defender Manuel Akanji in the 66th minute. The match which saw a dramatic end was otherwise a dull match with both Sweden and Switzerland coming close to scoring a goal on a handful number of occasions throughout the match. 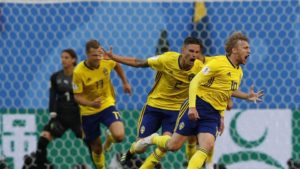 The match got off to a slow start as both the team lacked the attacking prowess in the beginning. Overall, the Swiss nation looked more dangerous in first 45 minutes as Shaqiri was putting in those teasing crosses but unfortunately Drmic was not able to finish any of them to give them the lead.  Unlike the rest of matches that have been played in the round till now, this match wasn’t much of a exciting affair. However, Sweden have done enough to kill the Swiss dream. This victory means that Sweden have qualified for the quarterfinals for the first time since 1994. Switzerland will have to wait for another four years to win their first ever knockout match of the FIFA World Cup as they have failed to win in all seven matches including their last four Round of 16 matches. 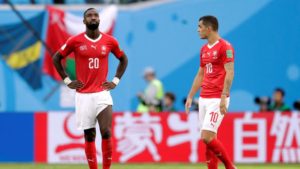 Sweden will play the winner of the England vs Colombia match, which is about to take place later tonight, in the quarterfinals. Although Sweden may have won the match by the skin of their teeth, they surely will not be happy by this performance that was deprived of attacking impetus. They will look to improve and put up a better performance in the quarterfinals. Swedish defense looked solid but there were numerous occasions where their keeper was tested who had to deal with the incoming crosses. An uninspiring victory nevertheless.

Watch the highlights of #SWESUI here :