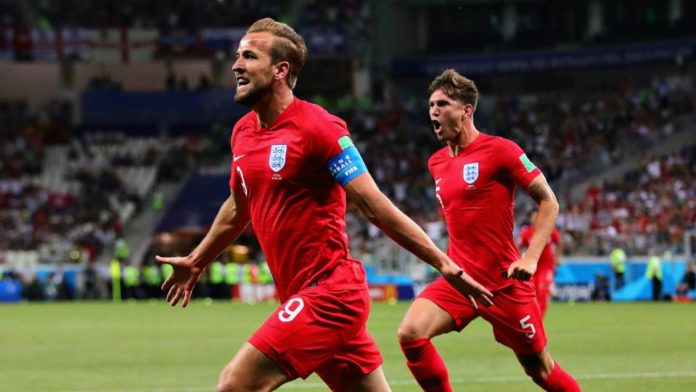 The match between England and Tunisia saw some controversial calls being given and some not given. Although England captain scored a brace in the match, he was frustrated for not being given the penalty on two clear occasions. 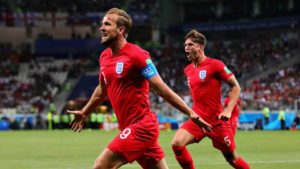 Kyle walker conceded the penalty for throwing an elbow on Fakhreddine Ben Youssef, however, Harry Kane was denied the penalty on two clear occassions where he was bought to ground by Sassi in the first half and Yassine Meriah in the second half. On both the times, there was the availability of VAR but wasn’t used. The tottenham striker said that he maybe a bit dissapointed that he couldnt get the penalty given the fact that he thinks they got a penalty from a soft foul. But the fans spotted something in the same play where Kane went down. Replays showed that prior to Kane being brought down, Stones clearly pushed his marker to the floor. But nothing explains the second penalty not being given for the English striker. 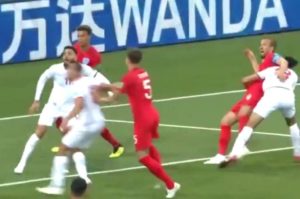 Kane being wrestled down to the floor in the first half.

However, England fans were convinced Harry Kane was fouled inside the penalty box and they should have been given a penalty.
A frustated England captain, Harry Kane called out the Colombian refree to make better decisions in the nex match. He further added,”It’s part of the game. We knew from watching the other games, there’s been a lot of penalties and a lot of soft decisions. We had to be aware of that. We had one against us today and probably another couple that didn’t go our way. It’s difficult, but as players all we can do is get on with the game.It’s down to the officials and hopefully when they watch it back they will make it right for the next games.”

England play Panama in their next match and Darkhorses Belgium for their group stage match.