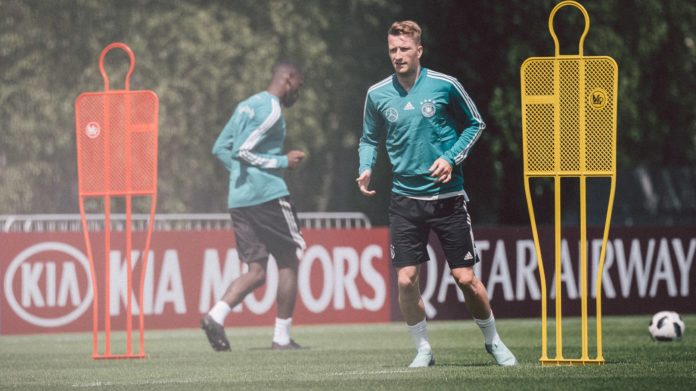 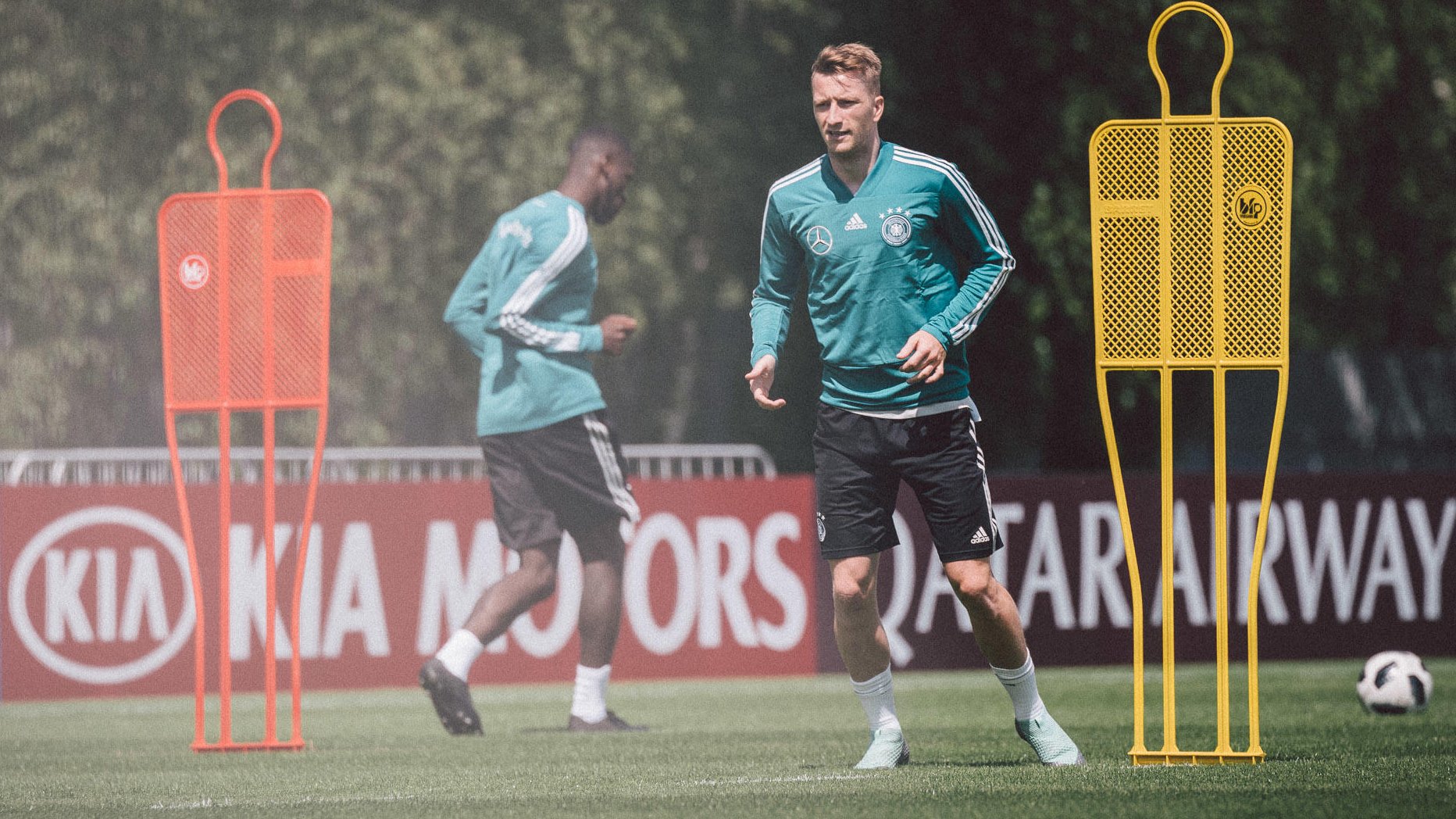 Die Mannschaft had their first training session on Wednesday(June 13) in Vatutinki, Russia in front of around 400 spectators. They saw their gaffer Joachim Loew put the team through a series of short-pace exercises.

Captain Manuel Neur seemed to be fit as he made several saves even though he was sidelined for eight months due to a fractured foot.

Back with the team 😃🇩🇪 Just in time for our first training session in Russia 👍🏼😉 #ZSMMN #DieMannschaft #Worldcup @DFB_Team pic.twitter.com/7gd8JJdDw7

Below is the video of their training session from YouTube: