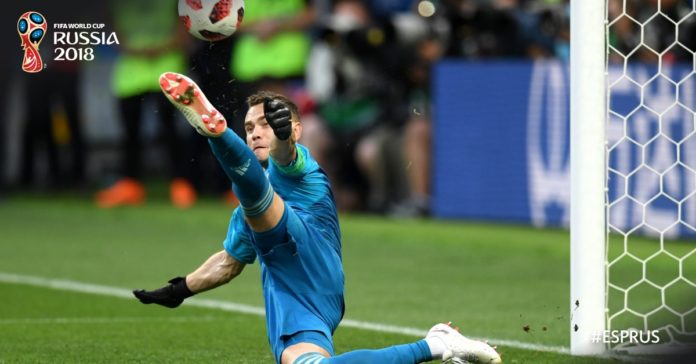 Akinfeev’s heroics in the penalty shootout made sure Russia qualified for the quarterfinals beating Spain 4-3 on penalties after being tied at 1-1 at the end of regular playing time. This win created history as Russia have reached the quarterfinal stage for the first time since the break up of Soviet Union. 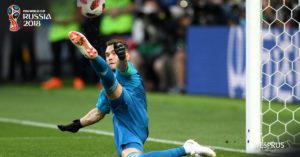 It was all square at the end of the first half as the teams went back inside the tunnel with one goal apiece . Both the goals were an outcome of unlucky defensive errors. Spain took the lead from a free kick, when a tussle between Spain captain Sergio Ramos and Russia’s Ignashevich to meet the ball ended up in the back of the net as an own goal from the Russian. 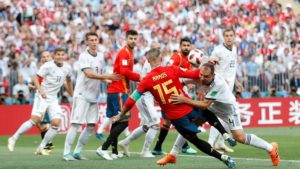 Russia looked content sitting back and catching Spain on the counter, while Spain held possession almost throughout the first half. However Russia would equalize through a penalty conceded by Pique when he handled the ball inside the penalty box. A calm and composed Artem Dyzuba slotted home the equalizer in the bottom corner sending Spanish keeper David De Gea the wrong way. He has been directly involved in four of Russia’s last seven world cup goals. 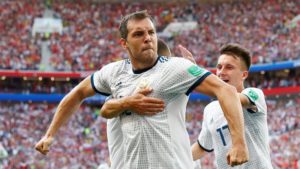 The second half was similar story of Spanish domination in the midfield and Russia catching them on the break. A couple of last gasp attacks from Russia energized the crowd but with time running out, the 90 minutes and the additional injury time was not enough to separate these teams as they headed into extra time. As per the new rules, both the teams were allowed one extra substitution each in extra time. The extra time play wasn’t any different to the regular time play. As predicted, the match went onto penalties to find a winner. Up stepped Russian Captain Igor Akinfeev to save his country two decisive penalties from Koke and Iago Aspas to give Russia, its greatest ever victory. A historic victory for Russia with much credit going to the grit and strength showed by the players who were made to defend to their last breath. An extraordinary crowd and an exuberant bench kept the Russians in the match cheering them throughout the entirety of the match. 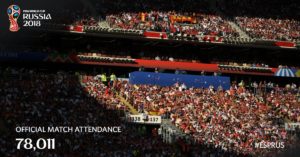 Watch the highlights of #ESPRUS here :