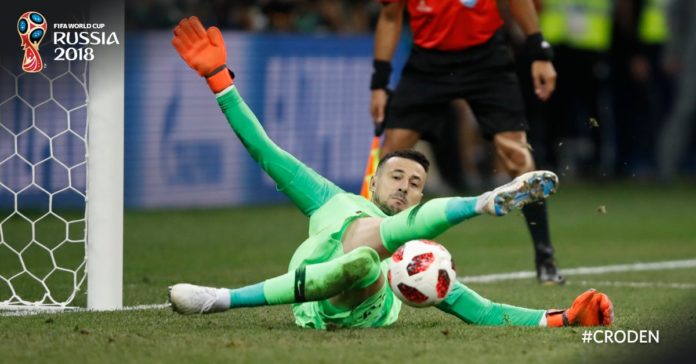 Kasper Schmeicel is extremely unlucky to walk out on the losing side after such a heroic performance against Croatia today. However, it is his Croatian counterpart who has etched his name into the history books by becoming only the second keeper to save 3 out of 5 penalties in a shootout. Denmark have now lost two out of their last three penalty shootouts at a major tournament. 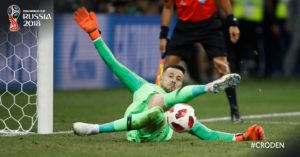 Earlier today, the match got off to a flyer. Mathias Jorgensen gave his country the best possible start scoring a goal just 58 seconds into the match when Croatia failed to clear a long thrown in from Denmark. Croatia hit right back in less than a couple of minute’s time through Mario Mandzukic. Both the teams were poised at 1-1 with less than 5 minutes played. By the end of the first half, Croatia looked more dangerous when they had possession sparking attacks whenever their star midfielder had possession of the ball. Time and time again Luka Modric proves us why he is the best central midfielder in the world. His intricate passing and excellent dribbling skills were vital to trigger a Croatian attack. 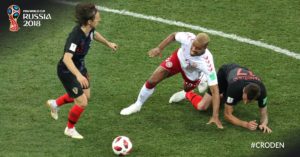 The Danes defended well throughout with Eriksen and Poulsen trying to attack every now and then. A conservative approach by both the teams in the second half made it less interesting than the first half. Just like the previous match, this match would also go onto extra time to find a winner. With just 6 minutes left for the second half of extra time to end, Croatia got a penalty when Rebic was bought down by goalscorer Jorgensen from the back. A confident Luka Modric stepped to take the penalty and seal the victory for the Croatians. But Leicester’s Kasper Schmeicel had other ideas. A brilliant save denied Modric and Croatia to seal the match for the match onto penalty shootout. 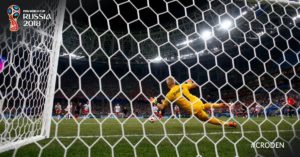 Croatia beat Denmark 3-2 on penalties with Monaco’s Subasic saving 3 of Denmark’s penalties. This victory means that the Croatians set up a quarterfinal clash with hosts Russia. This brings to an end quite an exciting day of football. Tournament heavyweights Argentina, Germany, Portugal, Spain are all knocked out even before the quarterfinal stage. Today has truly been a day for keepers.

Watch the highlights of #CRODEN here :