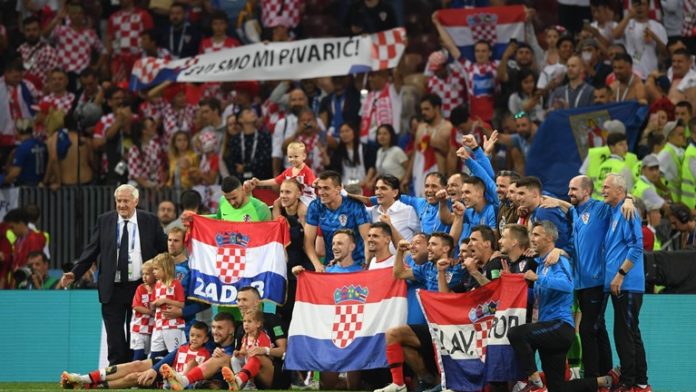 Croatia, with one of the smallest population in this tournament at 4.171 million, is off to the World Cup final for the first time in team history. Before this, Croatia’s best performance was third place in France 1998, its first-ever World Cup appearance.

The Three Lions fell one win short of its goal of reaching the World Cup final, surrendering a 1-0 lead in Wednesday’s semi-final against Croatia. The Blazers rallied from behind to win 2-1 in extra time thanks to a goal from Mario Mandzukic.

The English side got many opportunities in the first half of the match but failed to capitalize on them. This proved too costly for them as their defence was shredded time and time again by the Croatians.

Croatia was forced to overcome a poor start to the match after England took the lead in the 5th minute on a beautiful goal from Kevin Trippier off a set piece.

But Ivan Perisic brought things to level at the 68th minute with a lovely finish off a cross, getting ahead of Kyle Walker at the last second.

The match dragged on to extra time and England failed to equalize. Croatia took over the match and soon Mario Mandzukic saw an opening in the English defence and drifted in behind John Stones’ back to score the winner for his team at the 109th minute.

The victory is historic for Croatia and for England, sadly, it won’t be coming home.

For England, it is heartbreak as they have produced one of the best young sides in the past few years but alas, the English youth fell short to the experience of the Croats.

Croatia will be looking forward to shocking the world and create history this Sunday as they take on France in the finals. Meanwhile, England will face Belgium on Saturday in the third-place match.

Highlights of the match: