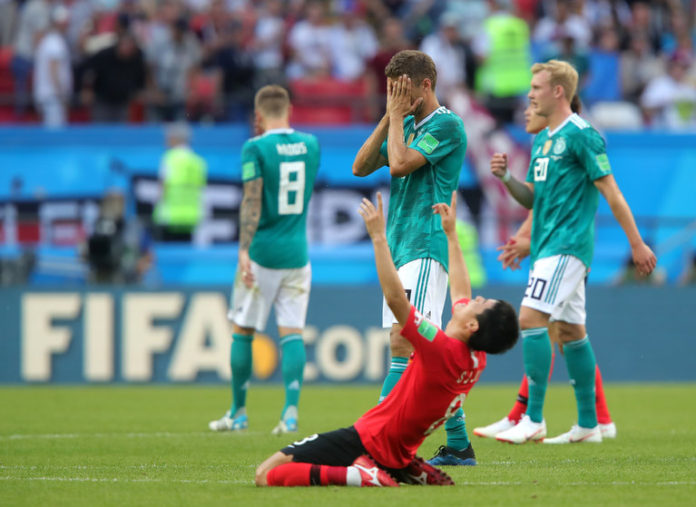 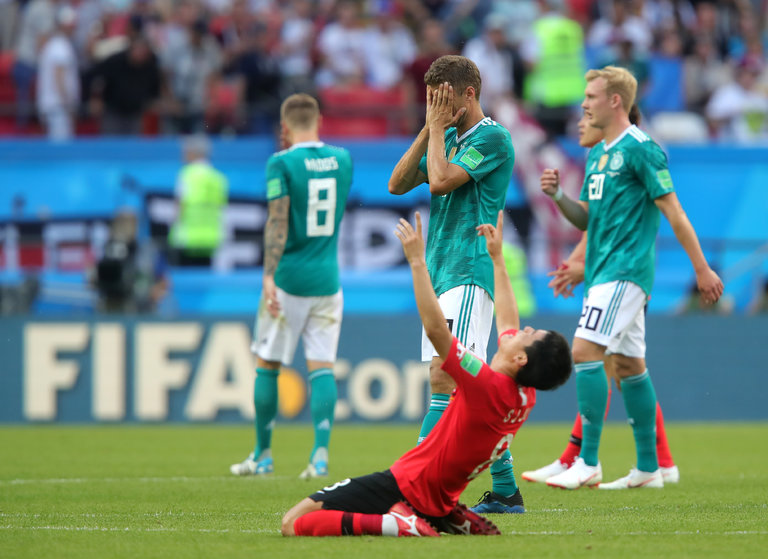 Germany became the third reigning champions to get knocked out from the group stage following Italy & Spain as they were beaten 2-0 by Asian underdogs South Korea in Group F.

It was the first time Die Mannschaft has been eliminated from the tournament in the first round since 1938. Korea’s Kim Young-Gwon opened the scoring account for Asian underdogs as he scored a spectacular goal in the third minute of the injury time. However, initially the goal was ruled offside but after having seen the replay of it, referee changed his decision.

Tottenham Hotspur starlet Son Heung-Min made it 2-0 for the Asian underdogs after he slotted the ball into an empty net after Germany’s goalkeeper Manuel Neuer came outside the penalty box to help his teammate.

The defeat won’t be easy for Germany to forget. Die Mannschaft boss Joachim Low will find him surrounded by million of questions as he failed to get his squad to the round of sixteen.