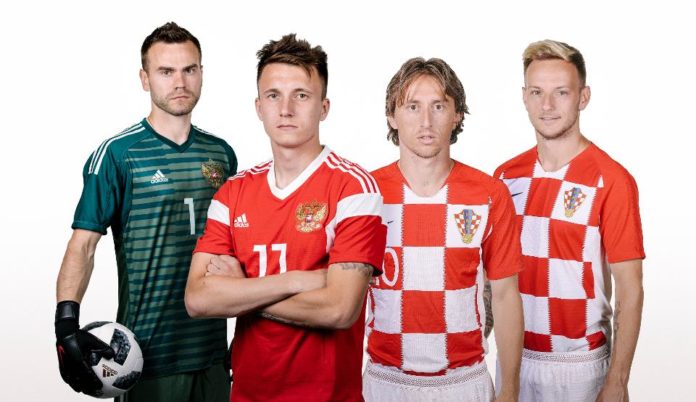 Russia return to the quarter-finals for the first time since 1970, when the Soviet Union lost 1-0 to Uruguay whereas Croatia have not reached the last eight for 20 years.

This is the fourth meeting between the pair, who fought out two 0-0 draws in qualifying for the UEFA European Championship 2008, before Croatia earned a 3-1 friendly win in Rostov-on-Don in November 2015.

The Croats are on a four-match unbeaten run in the World Cup, their longest in the competition, consisting of three wins and a draw.

For the hosts, Russia, Fyodor Smolov and Denis Cheryshev can be their trump cards as they can likely pose a threat to the Croatian defence. Their exceptional performance in the World Cup has been admired by many. However, Croatia’s Danijel Subasic is a force to be reckoned with as his saves in the penalty-shootout against Denmark was crucial in helping them advance to the quarter-finals. Likewise, Russia’s veteran goalkeeper Igor Akinfeev won hearts when he double-saved the penalties of Spain’s Andres Iniesta and Iago Aspas in their round-of-16 match.

Croatia have displayed a dominant performance in this World Cup. They remained unbeaten in their group stage matches and their 3-0 thrashing of Argentina awed spectators all over the world. With a mid-field that comprises of Barcelona’s Ivan Rakitic, Real Madrid’s Luka Modric and Mateo Kovacic along with Barcelona’s Ivan Rakitic and Juventus’ Mario Mandzukic on the front they pose a threat to any opponent defences. However, what they lack in the defence department they can make it up with Danijel Subasic in the net.

It’ll be interesting to see how the two teams play it out on the field as it seems to be a match of equals.

So, @England have secured their place in Wednesday's semi-final in Moscow, but who will join them? 🤔

FIFA World Cup 2018: The English side face ‘underdogs’ Sweden today for a berth in the Semis