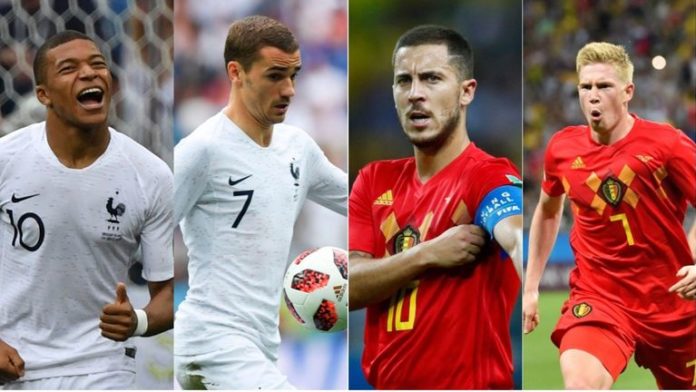 The Semifinals of the World Cup starts with a thunderous clash between France and Belgium at the Krestovsky Stadium in Saint Petersburg. They are facing off for a whopping 74th time in their history.

France has won both of the last two World Cup fixtures against Belgium. They booked their place with a 2-0 win against Uruguay and are facing a Belgian side that’s one of the best in their history, who “know how to do everything”. They have reached the finals before, in 1998 and 2006, winning the former one.

Belgium is ready for the tough task against France, who are marginal favourites and think they can cause an upset. A win will see them reaching the Finals for the 1st time.

France will have Blaise Matuidi back whereas Belgium will miss Thomas Meunier who is suspended.

The team news from Saint Petersburg has arrived…