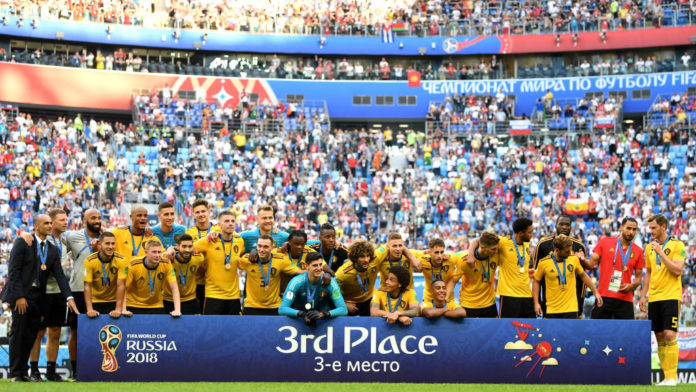 Belgium finish their World Cup campaign on a high note as they beat England 2-0 and finish third.

This is Belgium’s best-ever performance in a World Cup as they get the bronze.

England were left with no choice as their defence was continually getting bombarded by the Belgian side.

Belgium made a flying start in the game in the first minutes when Thomas Meunier netted the ball in the 4th minute from a beautiful Chadli cross.

England had a great opportunity to even the score in the 70th minute with a chip past Thibaut Courtois, but Belgium’s Toby Alderweireld flew into the picture to save the day.

In the 82nd minute, Eden Hazard put the final nail in the coffin for The Three Lions when he drilled the ball into the bottom left-hand corner.

With their World Cup adventure over, both teams would like to shift their focus on the Euro 2020 alongside France, who play in the World Cup final on Sunday against Croatia.

FIFA World Cup 2018: Belgium and England face each other in a battle for bronze