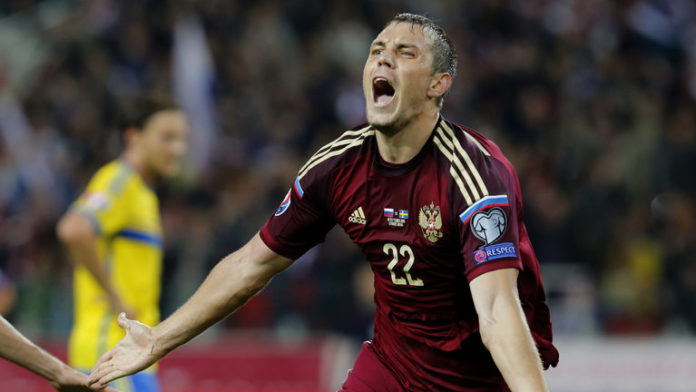 The Russian and Zenit Saint Petersburg striker is elated to know that the whole country is cheering for them. The hosts Russia thrashed Saudi Arabia 5-0 on the opening match on June 14 where Artem Dzyuba made his contribution by netting the ball at the 71st minute.

Ahead of their match today against Egypt, the 6’5″ Russian giant had this to say to ‘FIFA TV’:

“It was nice just to win. I can’t say they were the majority, but, yes, there were people who didn’t believe in us. I’d like to mention another thing. Something cool. I don’t know if the other guys saw it, but I saw that in sites all across Russia there were broadcasts of people celebrating, how they were rooting and worrying for us, and how happy they were about our goals. I have to say, it’s really cool. It gave me goosebumps. Knowing that the whole country is cheering for us is an indescribable feeling.”