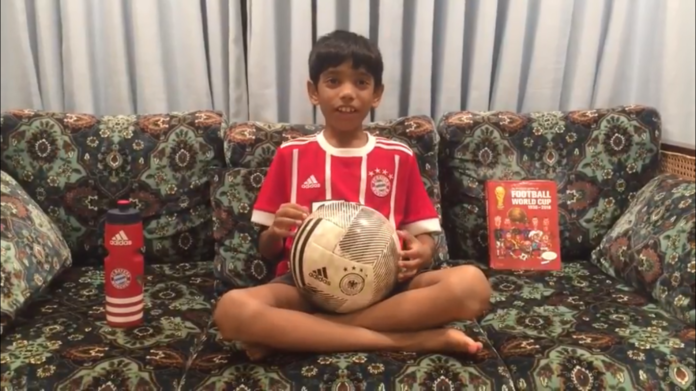 After Paul the Octopus, India has got its own version of an oracle in the form of a 9-year old boy from India: Ahaan Kapadia.

Most of us remember Paul the Octopus from the 2010 FIFA World Cup. Paul was a common octopus who rose to fame as an animal oracle.

During divinations, Paul’s keepers at the Sea Life Centre in Oberhausen, Germany would present him with two boxes containing food. The boxes were decorated with the different team flags of the competitors in an upcoming football match.

Whichever box Paul ate from first was considered his prediction for which team would win the match. He also correctly chose Spain as the winner of the 2010 FIFA World Cup.

In his YouTube channel: ‘Talking Football with Ahaan’, a video was posted yesterday before the semi-final match between France and Belgium in which he not only correctly assessed the victor of the match(France) but also the outcome of France beating Belgium 1-0.

Here is the video in which he predicted France to win:

Today, a similar video was posted just a few moments ago in which Ahaan predicted that in tonight’s semi-final match between Croatia and England; England will come out as the eventual winners:

He specified that England is his second-favourite team in this tournament and that the presence of their captain, Harry Kane who is currently the top-scorer in this tournament with 5 goals can play a pivotal role in today’s match.

However, he has also mentioned that Croatia’s Luka Modric, Ivan Rakitic and Mario Mandzukic are also among the players to look out for.

As he tells us in his videos, Ahaan is a fan of the German club Bayern Munich and also supports the German national team.

Can this 9-year old seer hold onto his streak of successful predictions? Only time will tell.