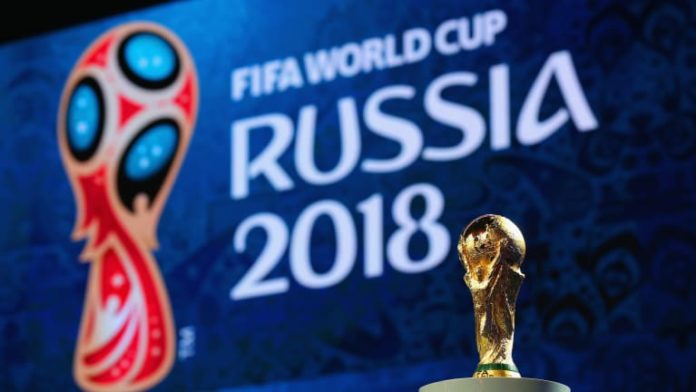 The 2018 FIFA World Cup is just around the corner. It is that time of the year when people sit in front of their televisions to support their favorite stars such as Messi and Ronaldo lead their country to the ultimate glory.

Apart from these players who are always tipped to perform well in the big stages there are a list of players whose contribution to the team is vital but often remain underrated.

Here are a list of 10 underrated players to watch out for this world cup. 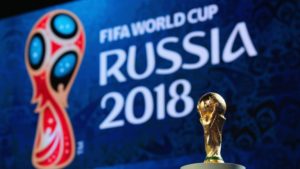 The Iranian striker is one of the players to watch out for this world cup. We can clearly say that the hopes of Iran qualifying for the knockouts rests on him. He has scored 5 times for the Russian side Rubin Kazan this season. His style and game play has attracted variety of clubs across Europe including Liverpool. Goals against Bayern Munich and Atletico Madrid while playing for Rostov in the Champions League proves he is distinct to become a star in the future.

Nicknamed the Sergeant, Milinković-Savić has had an amazing season with Lazio netting 14 times for them. The Serbian as already won the under-20 and under-19 and is now eyeing the World Cup. Even though he has only 3 appearances for the national team he is a sure starter and will be eyeing to make a mark this world cup. Also he has attracted interest from the European giants Manchester United.

Andre Silva will be looking to make a mark for Portugal. Having recently moved from Porto to Italian club AC Milan he made a good start by scoring 8 goals in this season’s UEFA Europa League. Accompanied by players such as Ronaldo and Quaresma around him will certainly make him a much improved player this World Cup.

Following Tom Heaton’s injury Nick Pope made most of his chances for Burnley this season keeping 11 clean sheets and impressing a lot of critics. Now he would be looking to carry the form he has had this season into the World Cup. Even though he faces a three way competition from Jack Butland and Jordan Pickford he will try hard to cement the No.1 spot for the goal keeping position.

Having failed in the Premier League with Newcastle United Thauvin returned to Marseille in 2016. Since then he has been in very good form and also netting 22 goals and 11 assists for them in the currently concluded season with only the likes of Messi, Salah and Suarez bettering it. Thauvin who predominantly plays in the wings will have a hard time getting to play with the likes of Mbappe, Dembele and Lemar being preferred ahead of him. Nevertheless he’ll be looking to make an impact in the limited chances he gets.

With 19 goals and 11 assists Lozano was instrumental in PSV winning the title this season. These stats are more special since it is his first season in Europe having played only in Mexico before. Even though he is still relatively inexperienced he will look to make a mark this world cup. He has already given some eye catching performances for Mexico in the Confederations Cup held last summer.

Jahanbakhsh finished the Eredivisie as the top scorer scoring 21 goals and assisting 11 times. Even though it isn’t one of the best leagues, top scoring one isn’t an easy feat. He became the first Asian to top score in a major European league. With the likes of Portugal and Spain the same group it will be difficult for Iran to qualify. But nevertheless Jahanbakhsh and his fellow teammates will try to give their best in order to get into the knockouts.

Nigeria have already made their name this World Cup before it has even begun. Their Jerseys have become a huge hit and has become very popular among fans. But added to this if they want to go further in the tournament their hopes will be pinned on their defensive midfielder Ndidi. Having been one of the key players for Leicester City and having made the most tackles per game in the Premier League he has attracted a lot of interest from the bigger clubs. But having been drawn in a difficult group along Argentina, Iceland and Croatia it will be difficult for them to make it into the knockouts.

Senegal are one of the dark horses has far as this World Cup is concerned. going forward they have world class players such as Sadio Mane and Keita Balde and in the back they have Koulibaly and Salif Sane. Sane had an incredible season with Hannover 96 and was immediately brought by Schalke 04. He uses his height to his advantage and is very good in Ariel ability making him one of the best in ariel duels in Bundesliga. Sane will have to continue his amazing form at the back if Senegal are looking to go further in the tournament.

At this very young age Hakimi has already won the club world cup and champions league while playing for Real Madrid. Even though he made only 17 appearances for Real Madrid this season he will start for morocco in the left back this world cup. The club having immense faith in him was shown as they sold Danilo to Manchester City. He will look to impress everyone this world cup and become a future star.