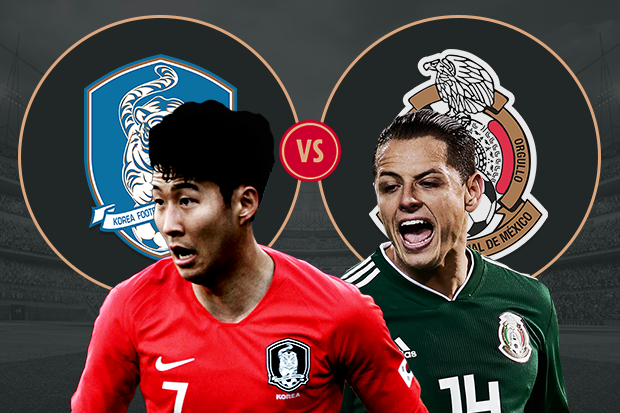 Mexico will look to seal their spot in the knockout stages with a win over Asian Giants South Korea today at the Rostov Arena in Rostov-on-Don.

Mexico shocked World Cup holders Germany with a 1-0 victory in their first group game, and the second matchday will go a long way to deciding who makes the last 16 of the tournament. The last time South Korea and Mexico met was in 1998, with the El Tri winning it 3-1 in the group stages.

Mexico feels very comfortable playing with possession of the ball, which means counterattacks and set pieces will matter in this battle. Let’s see how this game unfolds.