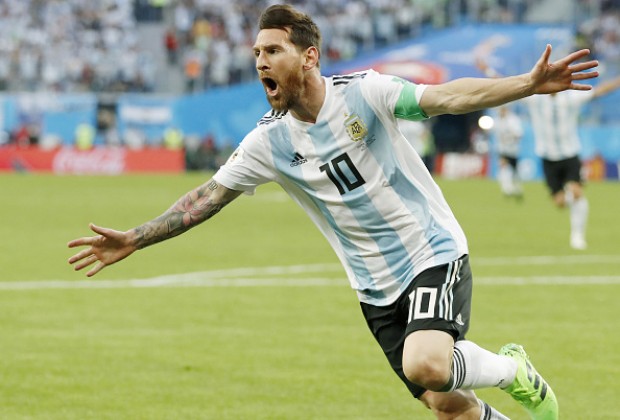 Argentine wizard Lionel Messi has thanked all the La Albiceleste fans for the sacrifices they’ve made after it was made clear that they are progressing to the round of sixteen.

Manchester United star Marco Rojo’s late winner started the never-ending celebration in Argentina as they made it to last sixteen. The center-back appeared in one of the unlikeliest position as he netted home a wonderful cross coming from Gabriel Mercado. The two time World Cup winners were very well aware of their situation that a loss will see them out of the tournament and a win will keep their hopes alive.

Messi had put his nation ahead in the 14th minute with a spectacular shot entering the goal. However, the Africans were real quick in reviving their chances of progressing to the round of sixteen as they equalised from a reward early in the second half when Javier Mascherano’s mistake allowed Victor Moses to score from a penalty kick.

However the 86th minute of the game saw Marcos Rojo gifting his nation their golden ticket to round of sixteen after scoring from a wonderful cross coming from Gabriel Mercado. Let’s see how far Argentina will fare in this journey.

Messi on Facebook: "I thank everyone who is out here for all of the sacrifices they’ve made, and also those back in Argentina who have always supported us. This shirt comes before everything else." pic.twitter.com/G8T1fyWFZE