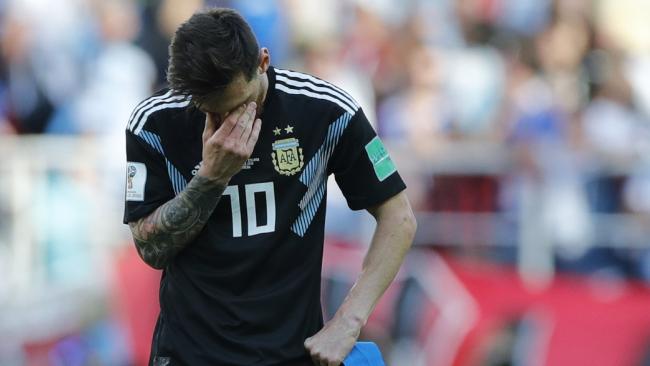 Hearing about one of the greatest players failing to take penalties sounds weird, isn’t it? Well the player we’re going to talk about is Lionel Messi, yes the same Lionel Messi who has five Ballon d’Ors to his name.

Hannes Halldórsson (Iceland): "It's been my dream to play against the best player in the world, Lionel Messi, and it was an honor to save his penalty." [fox] pic.twitter.com/10neLB4pB8

Iceland has finally showed that their impressive run in Euro 2016 was no fluke. On Saturday when Iceland took on South American giants Argentina it was them who had their luck as they held Argentina to a 1-1 draw at Spartak Stadium in Moscow. Messi was knocking on the door throughout the entire match, but he saw himself missing a spot-kick in the second half of the game.

The game saw off a far greater proportion of possession, shots and passes all in Argentina’s favour, and even it was the Albiceleste’s who took the lead through Sergio Aguero in the 19th minute. But the lead was short lived after Finnbogason equalised in the 23rd minute. However after all this Iceland stood their ground and registered an emphatic draw against the South American giants.

Speaking after the game Messi accepted that it “hurts” after his penalty was saved during Argentina’s draw with Iceland. Messi said: “If I scored the penalty, it would have changed everything in the game. I take full responsibility for missing it and letting the team down. We have to look forward from here.”

Messi: "If I scored penalty, it would have changed everything in game. I take full responsibility for missing it & letting the team down. We have to look forward from here." pic.twitter.com/t1LSlerQ9F