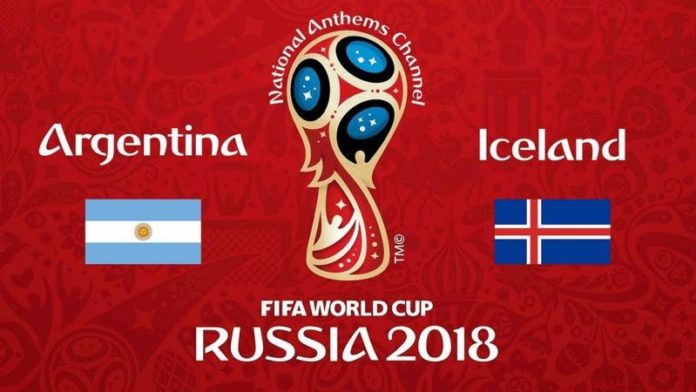 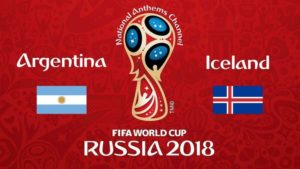 The group D opener, here at the Spartak stadium saw something that was not at all expected. In a relatively off day of Leo Messi, Iceland stood their ground and registered an emphatic draw against the South American giants.

The game saw off a far greater proportion of possession, shots and passes all in Argentina’s favour, and even it was the Albiceleste’s who took the lead through Sergio Aguero in the 19th minute.

Iceland's 1st game ever in the Euro:
1-1 vs Portugal, Portugal won the competition!

Iceland's 1st game ever in the World Cup:
1-1 vs Argentina, 🤔 pic.twitter.com/JaEwgArsQq

The lead lasted only for 4 minutes when Finnbogason equalised in the 23rd minute. Rojo drilled past a shot into the penalty area only for Aguero to take possession, and then after some individual skills, the Manchester City star shoot it in the top corner. On the other hand, it was Sigurdsson’s low cross that was saved by Caballero, whose rebound came to Finnbogason who took the ball to goal with ease.

There were several attempts by Argentina, and almost 70% possession with them. Each of Messi, Aguero and Di Maria attempted several times, with one of Biglia’s efforts missing the goal only by inches. The first half was undoubtedly dominated by Argentina, where Iceland were busy parking the bus.

The most significant was the penalty miss by Messi. After Meza was brought down inside the box in the 63rd minute, the referee gave a penalty. Messi took it and shoot to the right of the goalkeeper, who save the ball easily. Pavon, after substituting Di Maria, attempted for a low cross, which almost saw the face of goal had the Iceland goalie not shown his elasticity.

Iceland are the first debutants to avoid defeat against #ARG since East Germany in 1974. pic.twitter.com/fsxGozuu4L

The other changes for Argentina featured Banega coming on for Biglia and Higuain for Meza. The thing that stands is if Argentina has to top the group, they should bring a change in formation and look for wins in all their upcoming games.