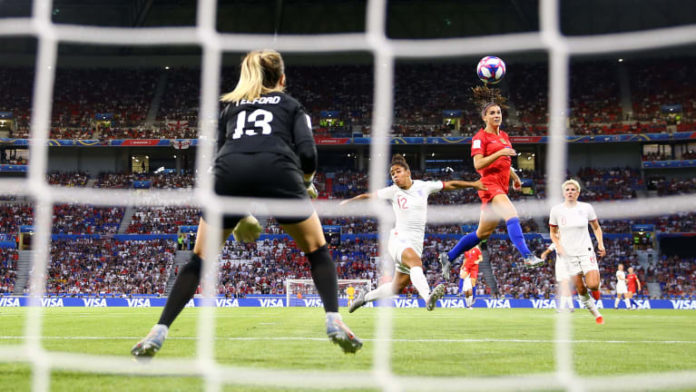 The FIFA Women’s World Cup is finally in its business end now with the semi finals currently taking place between four of the best women’s footballing nations on the planet. Last night, the first semi final took place between two giant teams, the defending champions USA and the mighty Europeans England.

USA won the match by 2-1, knocking out England in the process to make their way to another World Cup final.

For USA, the first opening goal was scored in the 10th minute of the match by Christen Press. For England, Ellen White quickly equalised in the 19th minute. However, USA’s star player Alex Morgan added another which eventually also turned out to be the winning goal of the match in the thirty first minute. 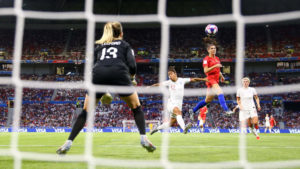 England’s Millie Bright further got herself a red card in the 86th minute. Thus, further adding more salt to the Three Lions’ wounds and injuries.

On the other hand, USA are now scheduled to face the winners of the second semi final match between Netherlands and Sweden in the final of this year’s FIFA Women’s World Cup final.