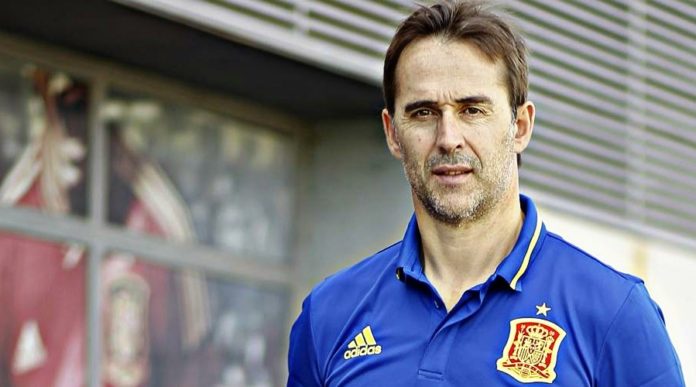 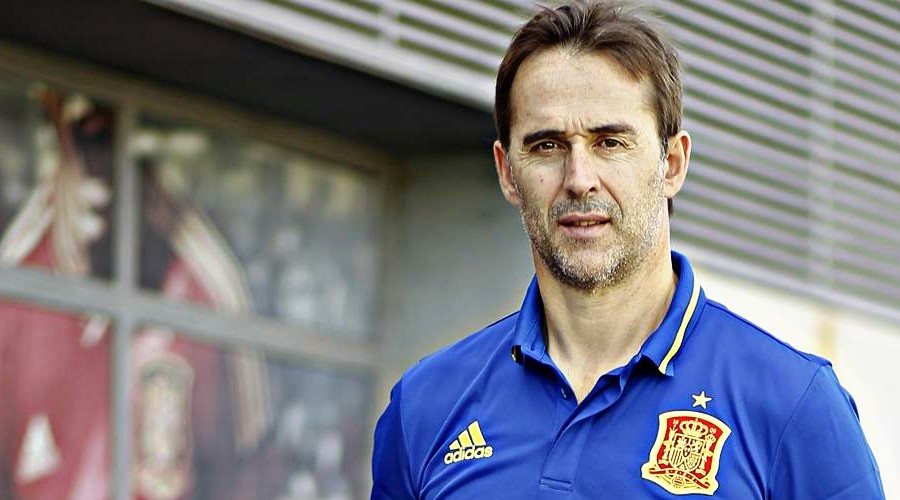 Julien Lopetegui has been sacked as La Roja’s boss on the eve of the World Cup after Spanish FA’s top brass were left angry following his announcement as Los Blancos boss.

Spanish Football Federation urgently called a press conference after it was reported that head of the national setup, Luis Rubiales was left baffled by the timing of the announcement. Luis Rubiales was supposed to be in Moscow today but flew to Spain’s training base in order to deal with the matter. The timing of the announcement was unexpected, given that Spain kicks off their World Cup campaign on Friday when they take on Portugal in bid to secure their places in the knockout stages of the competition.

The 51-year-old manager, who has been in charge of the national team for the past two years, has agreed on a three-year contract at the Santiago Bernabeu. Speaking at the Press Conference, Spanish FA’s head said: “We have been forced to dispense with the national coach. We wish him the greatest of luck.”

“The negotiations have occurred without any information to the Spanish FA and we were informed just five minutes before the press release. There’s a way to act that needs to be fulfilled.”