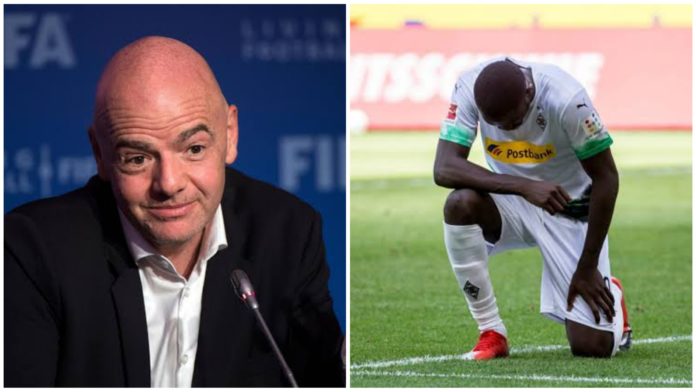 The unfortunate and totally unfair death of George Floyd has led to the rise of a massive storm all across the world. While protests has engulfed The USA, celebs have not been away from the movement. Footballers playing in Bundesliga, the only major Football league running at this point, has made their standpoint about the scenario clear. According to Fifa Prez Gianni Infantino, these footballers should absolutely not be punished. 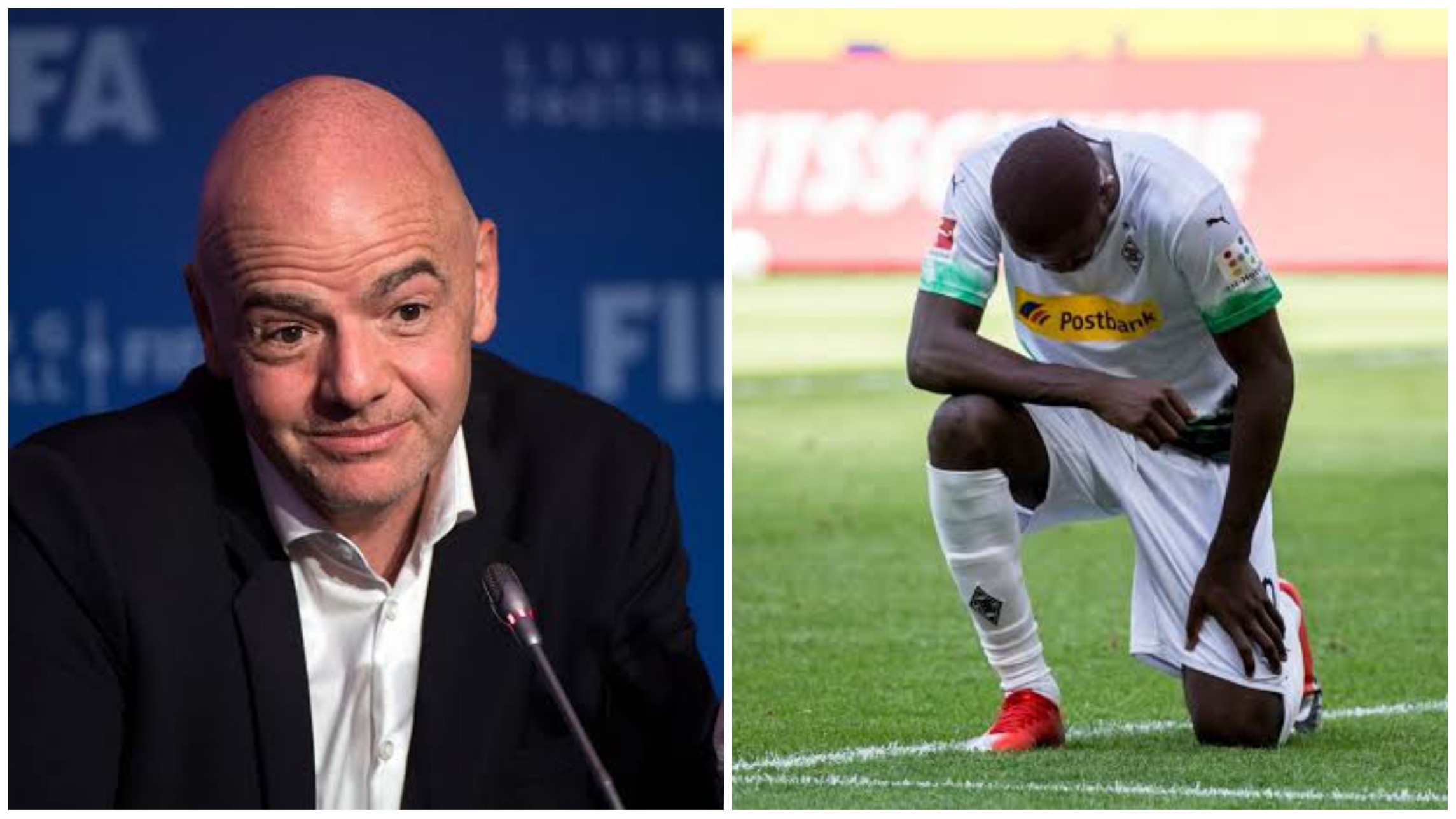 While celebrating their goals in a win against Paderborn on Sunday, Borussia Dortmund stars Jadon Sancho and Achraf Hakimi displayed ‘Justice For George Floyd’ messages. Schalke’s Weston McKennie went on to wear an armband with the same message.

Borussia Monchengladbach attacker Marcus Thuram scored a goal against rookie club Union Berlin and went to celebrate a goal by taking a knee. This gesture, a sign of humility and a request for forgiveness, has been used by Police Officers across The United States and has been widely acclaimed by the protestors.

Hakimi, McKennie and Thuram received no punishment for their actions. Jadon Sancho, however, was booked for removing his shirt. The German Football Association (DFB) has commented that they will check the incidents to make sure that no punishment was necessary.

Gianni Infantino was in the favour of the players’ actions. “For the avoidance of doubt, in a FIFA competition the recent demonstrations of players in Bundesliga matches would deserve an applause and not a punishment,” he said in a statement. “We all must say no to racism and any form of discrimination. We all must say no to violence. Any form of violence.”

The FA has also rallied against discrimination in football. “The FA strongly condemns discrimination of any kind and has endeavoured to ensure football in England is both diverse and inclusive in recent years,” a spokesman said, “Where any behaviours or gestures on the pitch that may constitute a breach of the Laws of the Game have to be assessed, they would be reviewed on a case-by-case basis with a common sense approach and understanding of their context.

“The power of football can break down barriers across communities and we remain deeply committed to removing all forms of discrimination from across the game we all love,” he added.

100 voices: Cricketers and athletes speak up about Black Lives Matter!