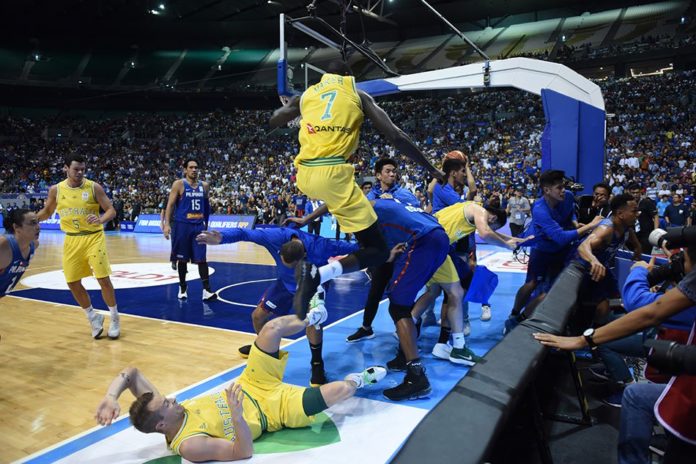 A Massive Brawl broke out at the world cup qualifying game between Philippines and Australia with four minutes left in the third quarter of the game and the Phillippines squad down by 31 points.

The brawl began with Goulding knocked to the floor after the collision, prompting Australian big man Daniel Kickert to hit Pogoy with an elbow. 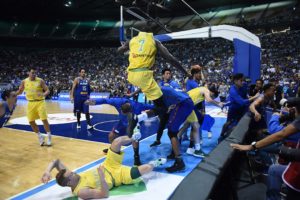 Nine Gilas Pilipinas players were ejected after being involved in a bench-clearing brawl against the visiting Australia here at the Philippine Arena on Monday, July 2.

On Australia’s side, Nathan Sobey, Thon Maker, Daniel Kickert and Christopher Goulding were thrown out.

Only June Mar Fajardo, Gabe Norwood and Baser Amer were left on court.

But the Philippines wound up losing by default against Australia, 89-53, as the 3 Gilas players left eventally fouled out.