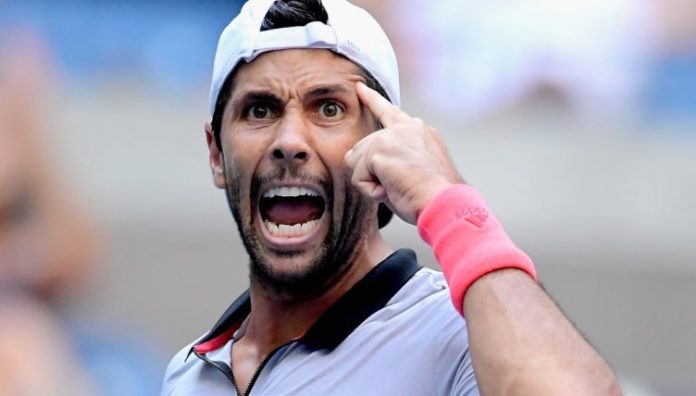 Spanish veteran tennis player Fernando Verdasco has been strongly criticized for his behavior during his semi-final defeat by Yoshihito Nishioka at last week’s Shenzhen Open, just a day after beating Andy Murray in straight sets. The Spaniard, currently world no. 28, berated a ball boy for not bringing his towel quick enough.

The 34-year-old was trailing to Japanese qualifier Nishioka, who rallied from a set down to take the lead when the incident played out. Verdasco appeared to vent his frustrations at the young ball-boy, scolding him for not delivering a towel quick enough. The 34-year-old was given a warning by the match official for his on-court outburst, which was branded “disgusting” by tennis fans and pundits. Verdasco’s tantrum appeared to affect his game, as he lost the match to his Japanese opponent 1-6 6-3 7-6, crashing out of the competition’s semi-final round in China. However, it was not the first time the Spaniard had vented his anger on the court – earlier this year he threw a towel at a ball boy at the ATP tournament in Hamburg, Germany.

Verdasco’s outburst comes at a time when extra scrutiny is being placed over the behavior of tennis players following the incident at the US Open involving Serena Williams. The 23-time Grand Slam champion was involved in a furious row with umpire Carlos Ramos during her defeat in the final against Naomi Osaka, which resulted in here receiving three code violations for varying offenses and the penalty of conceding a game to her opponent. But Verdasco’s apparent meltdown also had some fans comparing it to Serena Williams’ claims that men and women are treated differently, as Verdasco didn’t even cop a violation for the incident.