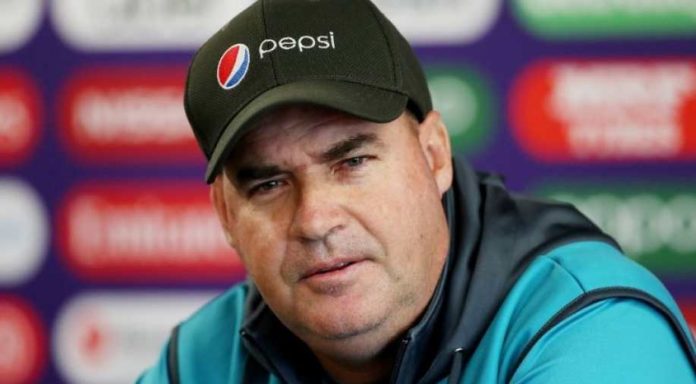 Pakistan coach, Mickey Arthur, was on the verge of committing suicide after the team lost to India last week. This is Pakistan’s seventh straight World-Cup loss against their arch-rivals.

Pakistan lost the match by a margin of 89 runs (D/L method) on the 16th of June in Manchester. The entire team along with the skipper and the team management drew a lot of criticism on social media. The way the team played had left the fans bitterly disappointed.

Pakistan, however has managed to bounce back in the tournament and keep their hopes alive. They defeated South Africa by 49 runs, thereby ending the tournament for Faf du Plessis and men.

While talking to the press after the win against the Proteas, Pakistan coach revealed, “Last Sunday I wanted to commit suicide. But it was, you know, it’s only one performance.”

“It happens so quick. You lose a game; you lose another game; it’s a World Cup; media scrutiny; public expectation, and then you almost go into sort of survival mode. We’ve all been there,” he added.

The coach also mentioned that the loss against India had “burnt” the guys in the team.

Currently, Pakistan occupies the seventh position in the points table with 5 points in 6 games. If they have to qualify for the semi-finals, they will have to win all of their remaining 3 games. Not only that, but Pakistan will also have to hope that the results of the other teams also go in their favour.

Another fact that comes up after such claims from the Pakistan coach is the death of a former Pakistan coach. Bob Woolmer died under mysterious circumstances after Pakistan got eliminated in the group stages of the 2007 World Cup.