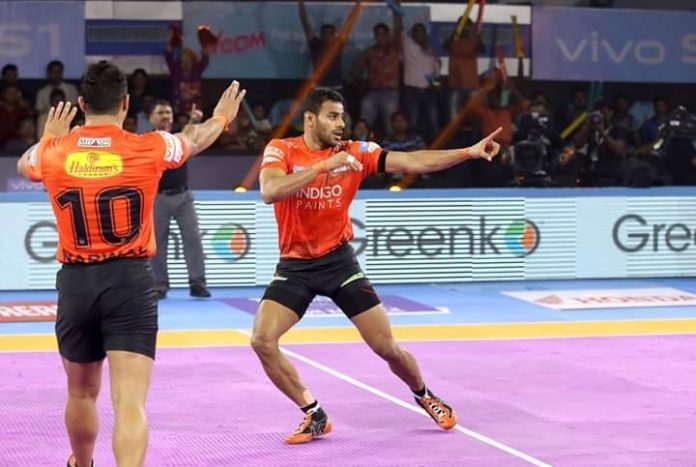 U Mumba showed their A performance against the Telugu Titans as the Ronnie Screwala owned- kabaddi franchise defeated the Telugu Titans in the only game played today at the Netji Shubhash Chandra Bose Indoor Stadium at Kolkata. Young Turk Arjun Deshwal and the star defender Fazel Atrachali brought their A game on to the court to defeat the Titans. Rakesh Gowda proved to be a new find for the Telugu Titans as the young All-rounder scored a super tacle and scored a total of 7 points against U Mumba. 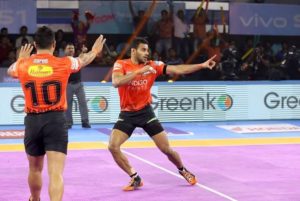 It was a bad at the office for the Titans defenders as it was only the captain and right corner Vishal Bharadwaj who showed some skills in defending and scored four tackle points. Other Notable defenders like C.Arun and Abozar Mighani could only score 1 tackle point collectively. But it was the U Mumba defense which showed class and application as the dreaded trio of Fazel Atrachali, Surender Singh and Sandeep Narwal scored 13 tackle points and it was a welcome sign for the Mumba team as Right Cover Surender Singh came back into form.

There are two games lined up for Wednesday as Haryana Steelers take on Jaipur Pink Panthers and Bengal Warriors will take on U Mumba.