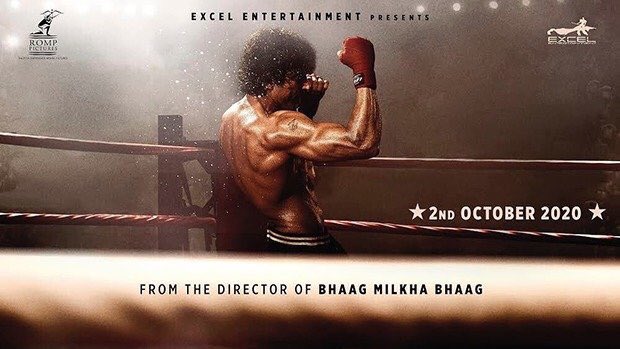 Bollywood actor Farhan Akhtar is coming back to the silver screen with another sports drama – Toofan. In the movie, Farhan will play the role of a professional boxer. The movie will be directed by Rakeysh Omprakash Mehra who also worked with Farhan on Bhaag Milkha Bhaag. 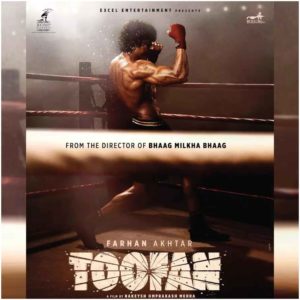 Although this boxing movie isn’t based on a real-life story, the early visuals of Farhan as a professional boxer look impressive. Speaking about the movie, the director said that the movie has a new voice and is set amongst the lower middle class.

“Anjum Rajabali has written this very endearing love story of a boxer, it’s not a real-life figure but a fictitious character. What I liked the most about it (the story) was that it has a new voice. It’s set among the lower middle class. Boxing is not a rich man’s sport, anywhere in the world.” Mehra said. (H/T- TOI)

The last line of the above quote is extremely true for most boxers anywhere in the world. While the sport itself is very cash-rich, the journey of the professional boxers to the very top is not an easy one. One has to sacrifice a lot to become a name in the sport of boxing.

Today the biggest and the most popular professional boxers in the world have had a humble beginning. Floyd Mayweather who is regarded as the greatest boxer of all time had to endure poverty while growing up in ghettos of Grand Rapids, Michigan. His mother Deborah, struggled with addiction to crack cocaine and his father always was in and out of the prison. But that didn’t stop him from becoming the richest athlete in the sport. He has made more money than anyone in the sport. As per Forbes,  Floyd Mayweather made a staggering $1 Billionaire in his professional career. The journey to the top wasn’t easy for him. Robbed of a chance to win a Gold medal at the Atlanta Olympic games, Floyd signed with legendary promoter Bob Arum, who promoted him for almost a decade, but their relationship was quite on and off and he soon split with him in 2006 after he defeated Jab Judah and later became a worldwide star.

There are many such stories, every world champion will have a story of their own, and the sport itself is full of drama. Be it the rampant corruption or the health risk boxers face every time they step inside the ring. Perhaps this is the very reason, it has attracted the attention of filmmakers who over the past half a century have brilliantly portrayed boxing in the silver screen.

The craze for Boxing movies has transcended the shores of Hollywood and reached India and it gave its first hit back in 1984 when ‘Boxer’ movie hit the Indian cinemas and it featured Mithun Chakroborty in the lead role. The movie was hit and it’s clear that people enjoyed the sport. Fast forward three decades and Bollywood delivered another hit boxing movie in Mary Kom which featured Priyanka Chopra. The movie was a biographical film made on Indian female boxing legend from Manipur. Mary Kom is a six-time world champion, five-time Asian champion and she also has a Bronze medal to her name.

The movie was a super hit and it collected over ₹100 crores on the box office. It was clear that people’s appetite for such movies exists. The sport definitely made new fans of the sport and if it even inspired a few to take up the sport, it was a huge success.

Today, India needs no inspiration from films when it comes to Boxing. The likes of Vijender Singh, Mary Kom, Shiva Thapa, Amit Phangal, Vikas Krishnan etc are regarded as some of the biggest names in Indian Boxing.

Boxing started getting more attention from media and the government when Vijender Singh won the Bronze Medal at the Beijing Olympic game. Overnight, Singh became a household name. In his hometown of Bhiwani, many were inspired by Singh’s achievement. One such boxer was Manish Kaushik, who recently won a Bronze medal at the world championship earlier this month. 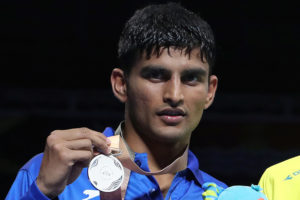 In an interview with The Times of India, Kaushik said that Vijender was his inspiration.

“I started boxing because of him (Vijender). I was in the eighth standard when he won the Olympic medal. I told my father to get me a pair of boxing gloves as I wanted to opt for boxing as a career. My father asked me to concentrate on studies,” He said. (H/T – TOI)

India so far has won six World Championships medal in men’s  Boxing. Vijender (2009), Vikas Krishan (2011), Shiva Thapa (2015), Amit Panghal (2019) and Manish (2019) are the only ones who have managed to medal at the world championship, which features the best boxers from around the world.

While it’s very likely that Farhan Akhtar’s Toofan will be a box office success, the real measure of the impact it’s going to create shouldn’t be measured by Box office revenue alone, rather how many it inspires to follow the sport. A little bit of inspiration goes in a long way into creating future champions who one day might represent India and make us proud.