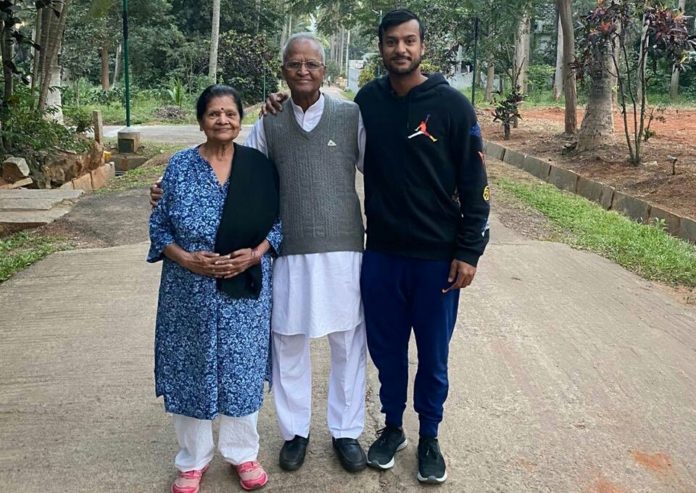 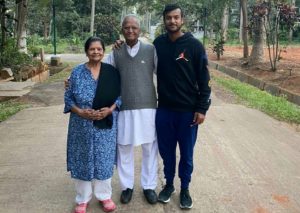 Mayank Agarwal, who had fans going crazy after his double century against South Africa and Bangladesh, has yet again won his fans over with a photo with his grandparents that he posted on twitter captioned “20 years ago when we moved into our home, my grandfather took me for this walk. Even today, after I come back from every tour, the tradition continues.” Mayank’s fans have showered him with love in the comments.

20 years ago, when we moved into our home, my grandfather took me for this walk. Even today, after I come back from every tour, the tradition continues. pic.twitter.com/QYQ8HnOLZI

The Karnataka opener played his first Test match last year in Australia, but it has not taken long for him to emerge as the star of the second Test match after hitting double centuries. The debutante scored 76 at the Boxing Day Test match. After his superb performance at the Test match, he is now one of the top 10 Test players.

Fans have yet to see whether their favourite opener can make it a triple century when India will play against New Zealand in the upcoming two-Test series, next year.