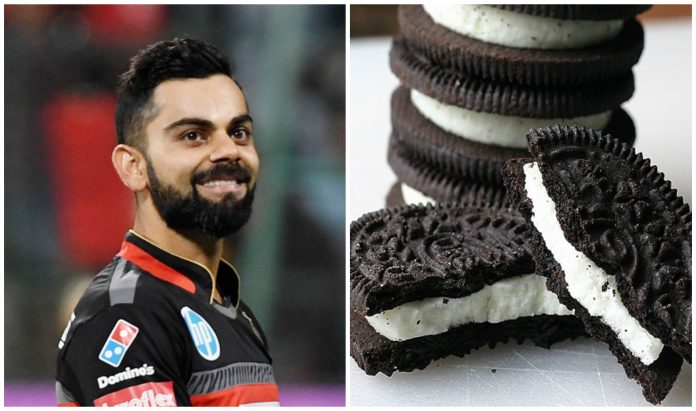 The Indian batting ace and captain Virat Kohli is one of the top cricketers at present, having a huge fan following. His batting prowess, great leadership skills and his consistent performance on the pitch have earned him that.

Many fans often gifts him, while some try to impress the player as well on social media platform. One of the fans in a brilliant attempt, created a portrait of the star player.

A fan creates portrait of Virat Kohli with Oreo Biscuits 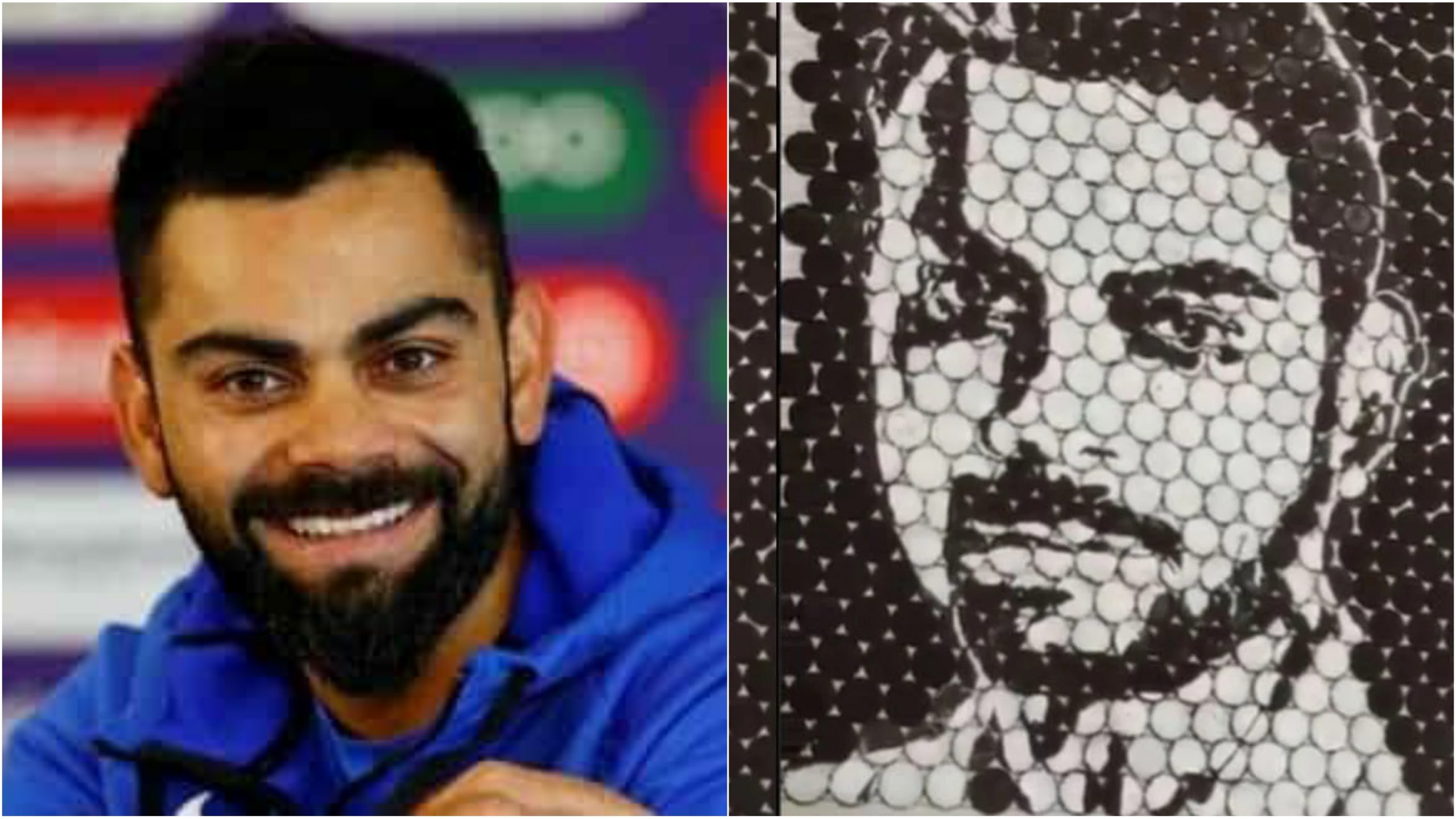 There has been numerous occassions when fans want to show their love towards their favourite celebrities on social media. But crazy as it sounds, one of the die-hard fans of Kohli went on to create a portrait of him with Oreo Biscuits.

Recently, Kohli also became the first Indian to have 100 million followers on Instagram. Last year another fan had gifted the Indian skipper an remarkable portrait in a unique manner. He had used old and discarded mobile phones to create the portrait.

A video clip is recently going viral on social media where a die-hard fan of Kohli was seen making his portrait with the help of Oreo biscuits.

You can check out the video clip made by the fan below:

Kohli is set to lead his side to England for the ICC World Test Championship (WTC) final against New Zealand which is starting June 18. Following the final of the coveted tournament, the Men in Blue will go head to head with Joe Root’s England on their home turf for a five-match Test series which is beginning from August 4.

India were totally dominated by the home side last time they visited England back in 2018. They were thrashed in the five-match Test series by 4-1. Overall, both the teams have clashed in 126 matches in the test format as England have tallied victories in 48 matches while India has won in 29 games. The remaining 49 fixtures have been ended in a draw. We will have to see what would be the outcome this time.