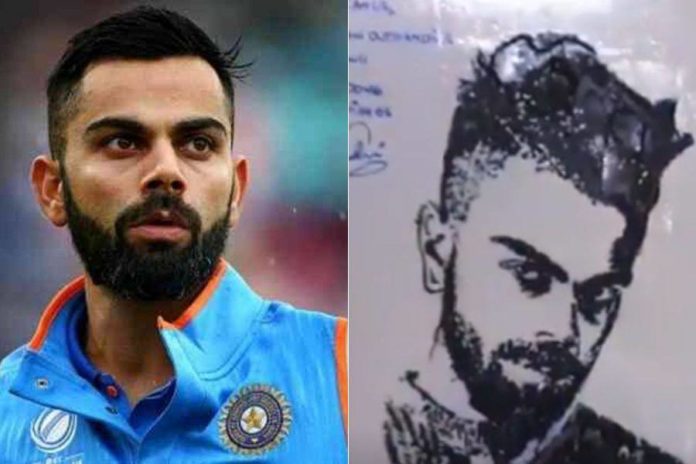 The Indian Skipper got a special gift ahead of the first T20 against Sri Lanka in Guwahati . As a fan named Rahul Parek gifted him a potrait made out off olf phones and parts.

The artist revealed that it took him 3 days and 3 nights to make the potrait of the Indian Captain Virat Kohli. Kohli saw the portrait was amazed by the talent of the young man after he met Parek in the team hotel. 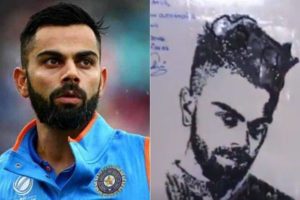 The video of the complete episode was posted on the BCCI’s official page and it was very well appreciated by the team mates and fans.

Portrait of @virat.kohli using old phones. How is that for fan love! 👏👏 #TeamIndia

“Portrait of @virat.kohli using old phones. How is this for fan love!” the BCCI wrote.

India is all set to face neighbors Sri Lanka in a three match T20 series which will commence in Guwahati at the Barsapara Stadium. The series will see the return of opener Shikhar Dhawan and Jasprit Bumrah both of them coming after an injury layover.

Shikhar Dhawan who was out of form got injured while playing for Delhi in Syed Mushtaq Ali Trophy against Kerala after which the veteran Indian Opener had to undergo a surgery.

This series will be a chance for the Indian opener to get back in form and book a ticket to the T20 world cup in Australia in October 2020.

Jasprit Bumrah who was the man for the Indian team in 2019 will look to continue his form in all three formats after he was diagnosed with a stress fracture in the back after the test series against West Indies.

Jasprit Bumrah who is currently the No.1 bowler in the 50 over format wold like to go on a roll in both test and T20 format.