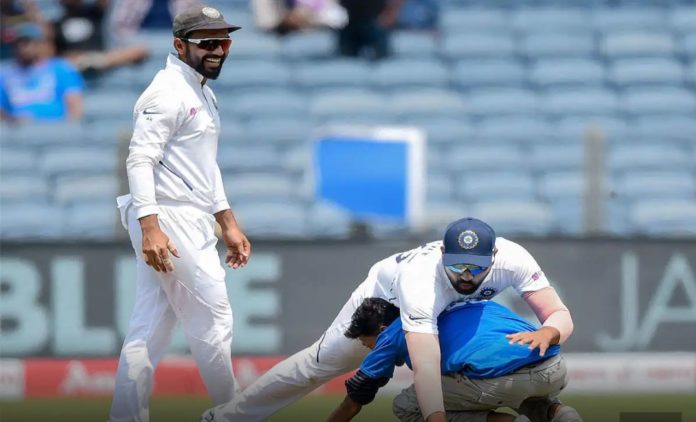 One cricket fan breached the security barrier to enter the ground during the ongoing test match between India and South Africa. The fan tried to touch the feet of the star Indian opener Rohit Sharma. However, Rohit Sharma lost his balance and fell on the ground after that incident. The incident happened just when Vernon Philander was about to come into the crease after the fall of the seventh wicket of South Africa. Rohit Sharma was fielding at the slip cordon at that moment. 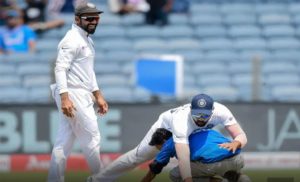 This incident is the third time in the ongoing series between India and South Africa, a fan came into the ground and the play was interrupted. The former Indian cricketer Sunil Gavaskar who was in the commentary box at that point of time, did not take the incident lightly. Rather he said that the security should be tighter. These kind of incidents can cause injuries to the cricketers.