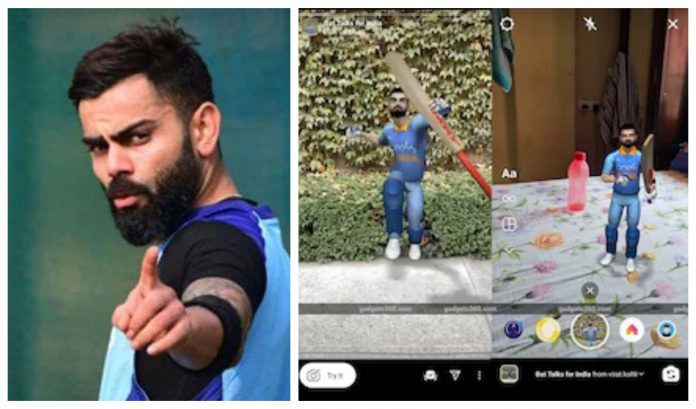 As the two of the best teams in the cricketing world – India and Australia, are set to take on each other, Facebook and Instagram have launched an Augmented Reality (AR) effect on Wednesday which featured Indian captain Virat Kohli. 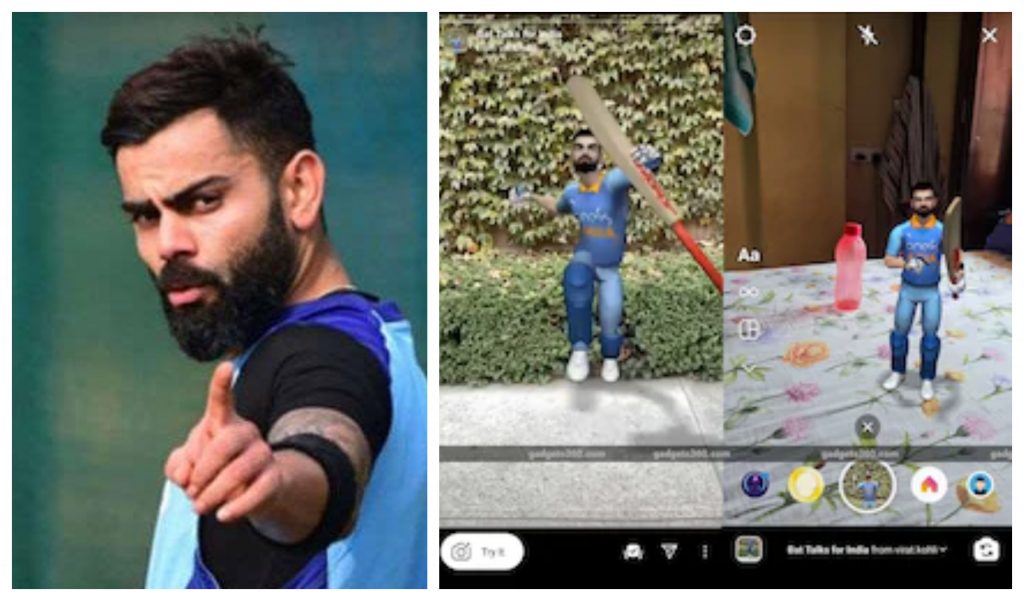 Titled as “Bat Talks for India”, the AR filter will get the chance to the fans to re-create the swashbuckling batsman’s iconic celebration after smashing a century against Australia nearly two years ago by superimposing this effect on their photos and videos as well and sharing it on the social media platforms like Facebook and Instagram.

Guys, it's finally here 🙌. Visit my Instagram profile and scroll over to the filters tab to try out my new AR filter. Shoot something creative and use #BatTalk in your videos for a repost 😉. Let's get creative! pic.twitter.com/9fQnHrBpbl

“I am delighted to collaborate with Facebook to launch the new ‘Bat Talks for India’ filter and enable my fans to relive one of the most memorable moments from my career, virtually. I look forward to cricket enthusiasts in India and across the world to experience this new way to connect and engage,” Virat Kohli said in a statement.

Notably, Facebook has joined hands with Sportsmanias, that is known for creating sports emojis and augmented reality effects to develop the 3D AR effect as well. Meanwhile, Cricket fans can use this and support their favourite team India as well as Kohli by sharing this effect on their Stories on Facebook and Instagram and through Reels on Instagram as well.

While the Team is currently in Sydney and undergoing the 14-day mandatory quarantine period, Virat Kohli has been in the news for different news as well. The captain will play the limited-overs series and the first Test and after that, he will return to the country. His parental leave has been granted by the BCCI as he is going to be a father soon with his actor wife Anushka Sharma.