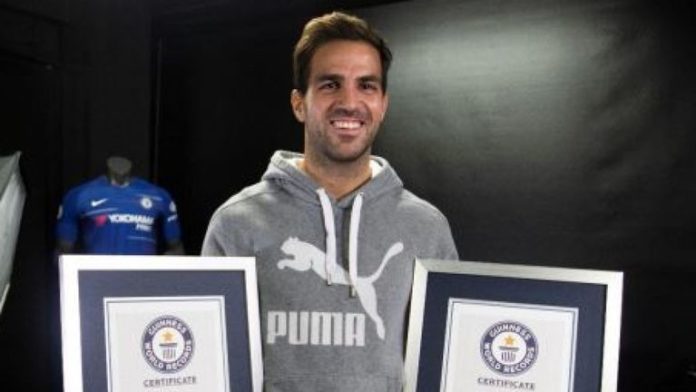 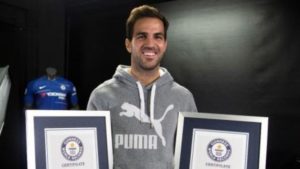 Though the feat is incredible , what’s more remarkable is the margin by which Fabregas outdid Manchester United legend Ryan Giggs. It took Fabregas 293 matches to achieve 100 assists, 74 matches sooner than second-place Ryan Giggs who needed 367 appearances.

“But to achieve this record in my career is one of the proudest things in my job, because it is my job and I did it well.”

Earning himself a Guinness World Record is nothing new to the Spaniard. The midfielder, appearing alongside regular team captain and former England and Liverpool midfielder Jamie Redknapp, became the joint holder of ‘The most volley passes in 30 seconds by a pair’ with 15 successful passes.