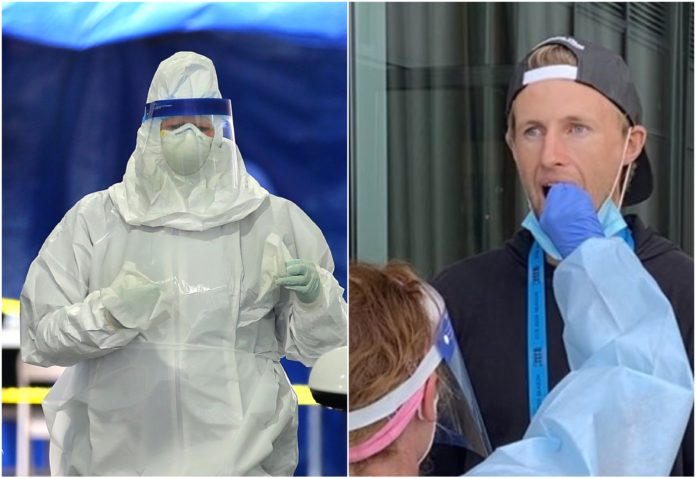 Over the last two odd months, one term has been trending in the world of sports and that is ‘bio bubbles’.

In an unprecedented situation given the pandemic, the sporting world has been forced to adopt new techniques in order to have live-action, and ‘bio bubble’ is preceding over social distancing and thermal testing.

So what exactly is a bio-bubble, how does it work!? We try and decode this latest “bubble” that floats in the news every day.

What is a bio-bubble

The Bio-bubble literally means to create an atmosphere, which is cut off from the outside world, just like isolation. In cricket, to make things easier players and support staff are put up at hotels ideally at stadiums, thus limiting the risk of spread of the virus.

Furthermore, there are areas which have been demarcated with testing sites, forming green zones where particular groups are allowed to go within the inner core of the venues, such as training centres, gyms or field of play.

The facility would have restricted media movement, with fewer headcount than usual. Due to the curb on movement, spending a lot of time on your own-wearing masks and maintaining social distance can be a cultural shock, but this has to be considered the new normal.

Is the bio-bubble foolproof

The concept for the bio bubble is that the number of people in the enclosure can be controlled, thus limiting the chances of spreading the virus considerably. In the ongoing Test series between England and the West Indies, the England Cricket Board (ECB) has added a number of protocols to be followed for safety reasons.

The common yardstick is that everyone who enters the bubble will have to get rested and the maximum advisable number in a bubble, including the players, media, venue staffers and support staff should not exceed 200-250.

In addition, a bio-secure bubble is advised to have additional isolation areas in case someone tests positive while inside it, not to mention it would cause a panic situation. Cricket’s governing body the ICC has recommended the presence of a chief medial or a bio-safety office to ensure all the respective government guidelines are followed during the course of the match.

🎥 WATCH: @MAWood33 and @chriswoakes take you inside The Bubble in Episode 2 of Road to Return 😷

England’s leading wicket-taker James Anderson said the bio-bubble needs to be treated like a new norm.

“Yeah, it’s been different, but it’s not… I can’t say it’s been hard because we’re in a hotel, you know, we’ve got nice surroundings,” he said. “We’re looked after well. And yes, we’ve had to do things slightly differently, but we’re getting to play cricket which is, you know, amazing really after the last few months. So we’re just grateful for that,” The Lancashire bowler said.

Earlier, Indian batting legend Rahul Dravid had also raised doubts on the cricket’s restart and said that even if the ECB did manage to create a bubble it will be impossible for everyone to do it, with the kind of calendar that exists.

With the IPL 2020 set to be played in the UAE starting September 19, the biggest focus would be on safe conditions for the players, their families, the team support staff and IPL officials alike.

The IPL Governing Council (GC) are likely to set-up a biosecure atmosphere for teams, which will secure all the concerned from contracting COVID-19. This will be easier said than done and the BCCI, the IPL GC and organisers have to watch every step carefully given the magnitude of the tournament and the stakeholders involved.

Most of the franchise on an individual level will start sending their recce teams to the UAE to inspect all the facilities and zero-in on prospect bio-secure facilities. The success of the tournament will depend on activities off the field, as much on it as the whole cricketing world will follow the developments with keen interest.

In tennis, the Australian Open organisers have come up with a plan to host the 2021 edition in the bio-secured atmosphere with fewer spectators. Tennis has already taken a big hit with the most sought after grand slam Wimbledon cancelled citing the pandemic, while the future of the French Open and the US Open is up in the air.

So for the Australian Open, slated to take place in January 2021 in Melbourne-the plan is to allow half as many spectators inside the Melbourne Park tennis complex, Tennis Australia chief Craig Tiley informed. Three things the organisers are banking on are social distancing, players in secure bio bubble and no overseas spectators!

Just like tennis, the sport of golf too has seen altered plans with the European Tour chiefs planning for bio bubble for golfers on the circuit. The 2020 British Masters, hosted by Lee Westwood was the first tournament to witness the bio-bubble environment- which admittedly was not everyone’s cup of tea with a few players falling short to adapt to it.

Initially, many ‘experts’ were apprehensive about the bio bubble, but with the success of the new environment from cricketers-it will lay the blueprint for the future. Not just from cricket, but for sports in general!

How the IPL 2020 will affect India’s tour of Australia