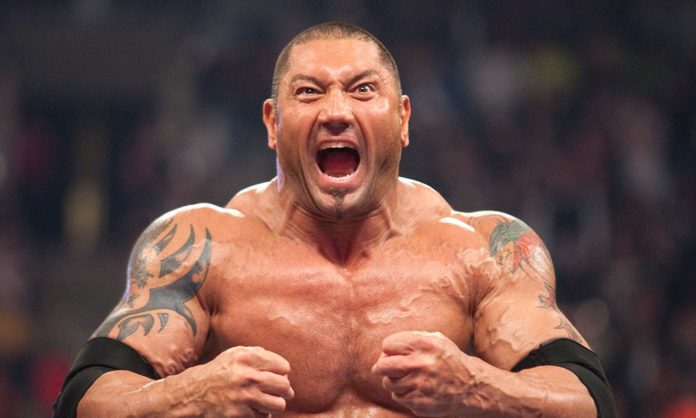 WWE SmackDown will celebrate its 1000th episode on the 16th of October in Washington D.C. Fans had speculated that a lot of legends and Hall of Famers would return at the show. However, WWE only announced the Undertaker’s name until yesterday. But now, WWE has added some more high-profile individuals as they announced in their website that Randy Orton, Triple H, Batista, and Ric Flair would reunite at the show.

Despite the show taking place in his hometown, Batista had clarified that WWE didn’t invite him. The fans were bewildered by this decision as Batista and WWE are on good terms. Many wrestling journalists had reckoned that it could be a work as Batista would want the announcement to be a surprise.

Surprise surprise!! I wasn’t invited! And it’s in my hometown.! 😳.. guess by now I shouldn’t be shocked anymore. https://t.co/r1NwUNlRnf

But now, as Batista is announced to appear at the SmackDown Live 1000 episode, the rumors pertaining to his non-availability can be put to rest. The quartet has 49 World Championships between them and the last time they were seen feuding with the Shield in 2014.

Only time will tell if the reunion is a one-off or the group is here to stay. Batista has himself clarified in various interviews that he would love to wrestle in WWE again. Moreover, he had stressed that he would like to have a feud with Triple H before hanging up his boots. Well, the seeds of the rivalry can be planted on the reunion itself!