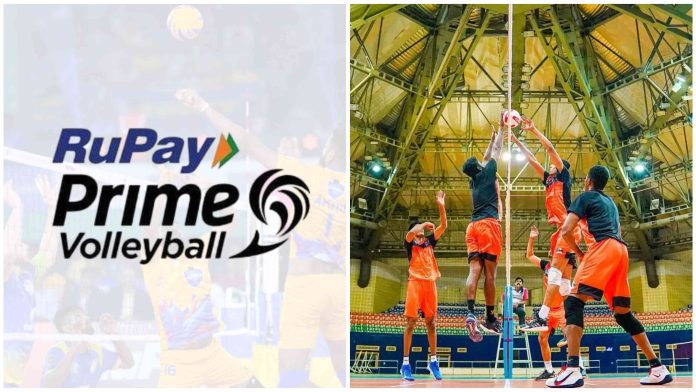 Volleyball is a sport that we Indians know well and love. From the backyard fields to the school and college events, volleyball often makes an enjoyable evening and an event for the Indian youth. And now, the up and rising professional men’s indoor volleyball league in the country- the RuPay Prime Volleyball League aka PVL is coming back with its 2022 season and here’s everything you need to know about to get on board.

After the inaugural 2019 season when the tournament was known as “Pro” Volleyball League, the league was re-established under its new name “Prime” Volleyball League last year. The champion of the 2022 season will earn a berth at the Asian Club Championship.

Prime Volleyball League 2022 will commence from 5th February onwards at the Gachibowli Indoor Stadium in Hyderabad and the final will take place on 27th February. A total of 24 matches will take place across a span of 23 days. Games will commence every day from 7 PM onwards, with the two doubleheaders on 11th and 17th Feb conducting their second match from 9 PM onwards.

There are a total of seven franchises playing in PVL 2022 – Calicut Heroes, Kochi Blue Spikers, Ahmedabad Defenders, Hyderabad Black Hawks, Chennai Blitz, Bengaluru Torpedoes, and Kolkata Thunderbolts. Each of the seven teams will play each other in a single round-robin format, followed by two semifinals between the top four teams. The winners of the first and second semi will head for the grand finale. Hyderabad Black Hawks and Kochi Blue Spikers will face off one another in the inaugural game this Saturday.

Check out the full PVL 2022 schedule below:

When is the Prime Volleyball League 2022 taking place?

Where is the Prime Volleyball League 2022 taking place?

PVL 2022 will take place at the Gachibowli Indoor Stadium in Hyderabad.

How to watch Prime Volleyball League 2022 in India?

Asian U-23 Volleyball Championships: India falter in the final hurdle and settle for silver

Asian Volleyball Championship: Indian men’s U-23 team enter into the quarterfinals for the first time