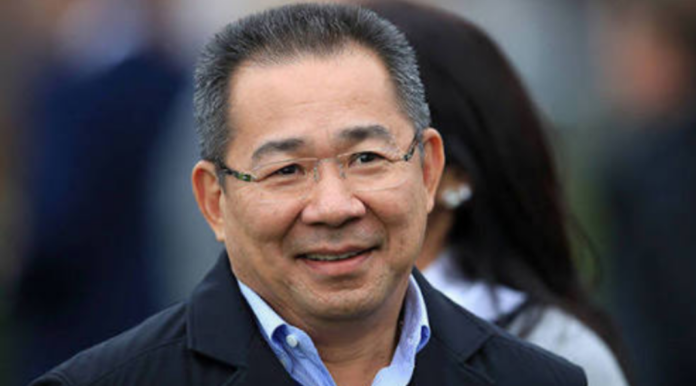 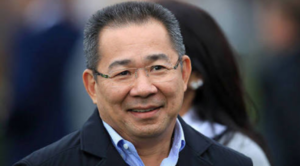 After one hour of the completion of the match, the helicopter of Leicester City owner had taken off from the centre of the King Power Stadium. Just after two minutes the helicopter crashed just outside the stadium. The ambulance and paramedics came very quickly. But heavy flame and smoke were the major difficulties for them to go near the spot of the incident.

There is still no certain news about how many people on board in that helicopter that crashed. But according to the sources, the owner’s daughter, two pilots and an unidentified fifth person were also on board along with the owner of Leicester City.

According to the eye witnesses, it was absolute horrible incident that happened within seconds. The freelance photographer Ryan Brown said,

“The engine stopped and I turned round and it made a bit of a whirring noise, like a grinding noise.

“The helicopter just went silent, I turned round and it was just spinning, out of control. And then there was a big bang and then [a] big fireball.”

Sky Sports News reporter Rob Dorsett, at the scene, said: “At about 8.30 this evening, eyewitnesses told me they saw the Leicester City owner’s helicopter take off from the pitch inside the King Power Stadium – as it does after every home game – and after a few seconds it appeared to lose control.”


“It sounds as if there was a problem with the rear tail propeller which sent it spinning out of control and it crashed into the car park at the rear of the King Power Stadium, just a few hundred metres away from where the pitch is, before it burst into flames.”

The incident is very much shocking for the whole football world. Leicester City fans were seen in tears after the helicopter crash. Vichai Srivaddhanaprabha bought Leicester City in 2010 for £39 million. Under his ownership, the club won the Premier League in 2016 and reached the Champions League quarter finals a year later. The attachment of the billionaire with the club was unbelievable and he was also a very popular person amongst the fans.

“Witnessed the crash @LCFC last night with my wife. Absolutely devastated and in shock our thoughts and prays are with everybody involved and Leicester City.”

Meanwhile, Gary Lineker, the former Leicester striker and host of the BBC’s Match of the Day, said:

“That was the most difficult @BBCMOTD I’ve ever hosted. Thoughts are with everyone at Leicester City. A terrible tragedy. Heartbreaking.”

British Ambassador to the Argentine Republic Mark Kent and Leicester City’s centre forward Jamie Vardy have also expressed their condolences to the owner of Leicester City in social media handles.