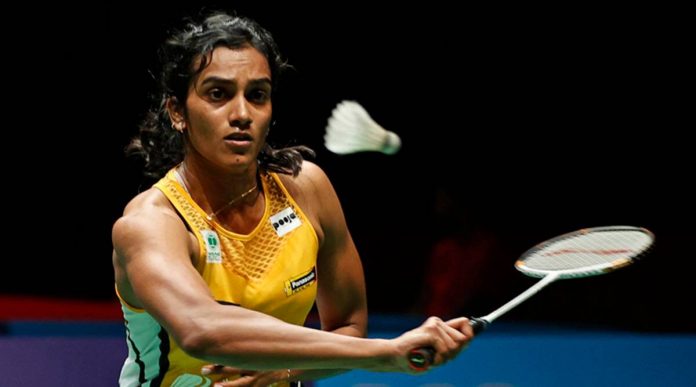 Indian badminton ace PV Sindhu has decided to continue her training at the Gachibowli Stadium in Hyderabad, Telangana even after her Tokyo Olympics campaign is done and dusted.

Sindhu, who formerly trained at the Pullela Gopichand Badminton Academy, switched her training center to Gachibowli earlier this year back in the middle of February. At her new stadium, she is being trained under Korean coach Park Tae Sang.

Speaking at a virtual press conference on Thursday, Sindhu elaborated her decision to stay at the Gachibowli Stadium, hailing it as a facility having international standards, and its the right choice for her to prepare herself against the top seeded shuttlers around the world.

“Gachibowli is a bigger, international-level stadium. Wherever we go, we will always be playing in a bigger stadium, then why not get used to it?” said the 2016 Rio silver medallist, who also stated that her off-court training takes place at Suchitra Academy, where she also finds training partners.

The Gachibowli Stadium, also known as Ganti Mohana Chandra Balayogi Athletic Stadium, is located beside the International Institute of Information Technology, Hyderabad. It was built in 2001 and opened two years later to first host the 2003 Afro-Asian games.

Park Tae Sang, who has been Sindhu’s trainer since last year, has been putting her under virtual simulation of tournament match situations during her training sessions, to keep herself physically and mentally ready for the Olympics.

“When I started training under Park, it was not easy to grasp what he was teaching,” the 25-year-old went on, “we practised each day and the communication got better. He is always supporting and motivating me. He is doing a great job.”