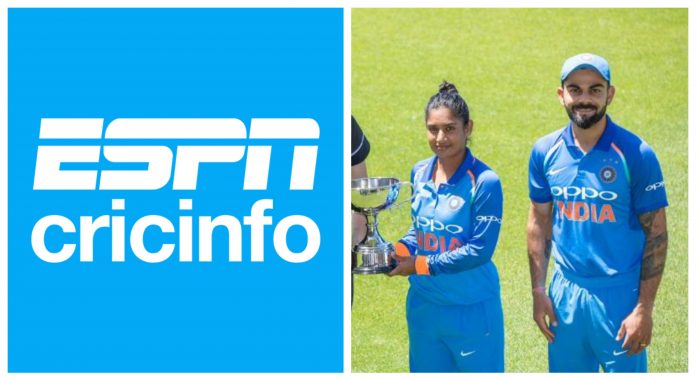 The past couple of decades has seen the inclusion of gender-neutrality or gender-inclusive languages in various fields with an aim to avoid gender references and which can be referred to people in general and are not gender-specific.

In the global sports scene, and focusing on cricket in general, there are several age-old terminologies still in use which are in general referred to the player with words having the ‘man’ suffix at the end.

However, as women’s cricket has gained the limelight and are now on toe-to-toe with the men’s counterpart, some of those old terminologies are still in use, and ESPN Cricinfo has decided to make a change to that.

Words such as ‘batsman’ and ‘Man of the Match’ will be replaced with ‘batter’ and ‘Player of the Match’, and Shah insisted on other sports media firms to follow suit.

“Starting today, @ESPNcricinfo takes one more step towards embracing gender neutrality. On the site, and in our coverage, the term ‘batsman’ will be ‘batter’ from now on, ‘Man of the Match’ will be ‘Player of the Match.’ We hope more organisations join us in normalising it,” tweeted Shah.

On the site, and in our coverage, the term 'batsman' will be 'batter' from now on, 'Man of the Match' will be 'Player of the Match.'

We hope more organisations join us in normalising it.

While a generous portion of the netizens showed solidarity with Shah and ESPN Cricinfo’s decision to go forward with gender-neutral cricket terminologies, there were a sheer amount of sarcastic replies that mocked it.

“This is just cosmetic without changing the highly toxic shapes of bats, stumps and balls, all inspired by male genetalia. Sorry but #Cricket remains cancelled @ESPNcricinfo,” one user wrote.

“Even the term Match is hostile. It implies conflict. I feel triggered by it. Please find a non-hostile word for it. Also abolish Player of the Match as it isn’t inclusive. Everyone should get a trophy, pat on the back and pack of jelly beans,” tweeted another.