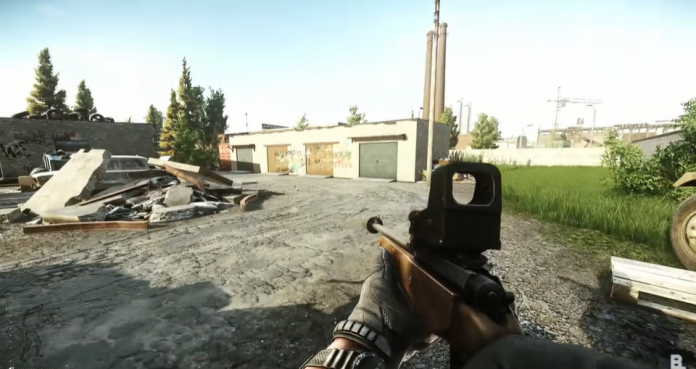 Escape from Tarkov is definitely a promising game that has earned a huge fanbase. Even though the game is in its fourth year, the excitement has not slowed down. Also, since the game is in open beta, it opens the window for glitches, bugs, etc. However, there are some tips and tricks that can assist you in taking advantage of these glitches, especially if you are a beginner. The most amazing are the EFT hacks that have been designed after listening to the users’ reviews. Let us have a detailed look at some of these hacks and tips.

Use only one map

Many players make this astonishing mistake of shifting from one map to another and not taking enough learnings from any of these maps. Now, remember, map knowledge is your substantial tool in the game of Tarkov. You cannot ignore these maps. Infant, learning from a particular map’s extracts, stashes, scav spawns simply increases your chances of survival in the game. Once you have recognized a map’s basics, you can make efforts to improve your gameplay effectively. Thus, many game experts advise sticking to one single map and learning all from it.

A wipe basically works by resetting a particular account, which implies that everything is brought to level zero. This also implies that gamers on using the wipe system will eventually lose their armor, weapons, and of course their progress in the game. Everything simply starts from a scratch. Thus, when you are a beginner, it is advisable to use the wipe system as it levels the playing field to a particular extent.

Running those scav raids is a perfect way to make some money in the game, especially when you are a beginner in Tarkov. Since you do not have to risk your gear, raids are the most effective ways of making some money. When you are running raids as a member of your faction, everything you are entering with goes on line. While playing the game you would witness that these scavs are basically the AI that pose dangers to you when you’re playing the game as PMCs. Now, when you are playing a scav yourself, other scavs will not attack you, if you are not engaging with them.

Make use of that insurance

Insurance is an essential tip for the beginner players in Tarkov. Usually beginners believe that insurance is not helpful and why should they spend money on it. However, insurance is the best utility for a newcomer for ample reasons. First of all, it is budget-friendly and you get most of your money back in the form of insurance returns. Also, when you insure a particular item, it remains insured until you die in the game. In addition, insurance comes handy when you are not making use of any top-notch gear. Thus, when you die, you get the gear back in insurance returns.

Make use of offline mode

Another essential tip for the beginners is to make use of offline mode in Tarkov. Firstly, offline mode lets you try your weapons and even practice your aims on different scavs. Since there is nothing being recorded in the offline mode, you can take as many turns to shoot as you want. You will not lose any ammunition or chance to shoot when you enter the main menu again. Also, using offline mode assists you in learning about maps. It is definitely the best way to learn about maps.

One of the first long term goals in the game is getting a keytool. Keytools are basically items that  change the way you are playing a game. Keytools take upto one space and can hold up to 16 keys. Thus, you can make use of one key for one map and it will only cost upto one space in the safe container.

Escape from Tarkov is a hardcore shooting game that is degined for players who relish playing with guns and using their realistic tactics well. Now, this game is definitely unfriendly for naive people who like their games to be straightforward. Thus, you need effective tips and tricks to excel in the game if you want to stay longer in it and win rewards as well.