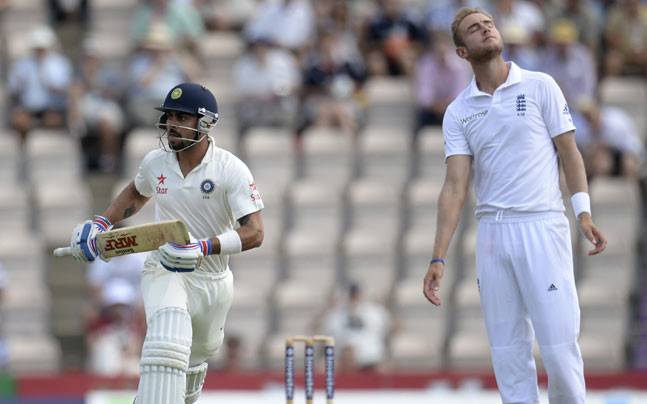 Ahead of the first of the five-match test series between England and India, Stuart Broad was asked about England’s plans to tackle Kohli. The 32-year-old, who is coming off an ankle injury revealed that the English bowling line up will try to create pressure to unsettle Kohli. Broad revealed in a chat with ICC:

“You have to have that pressure and theatre at both ends against that sort of quality — that’s when you get mistakes. If he’s able to really watch Jimmy (Anderson) and play carefully but score off me, you’re taking away any advantage as a team.

“As a bowling unit, we will just have to make it as hard for all of their batsmen to score early runs, but particularly a key player like Virat. We have to try and create pressure that way,”

India’s chances in the series heavily rely on the performances of the skipper and the rest of the middle order. Whereas the hosts will look to thwart the solid Indian batting line-up early on in the series.

The 5-match test series kicks off tomorrow at Birmingham.