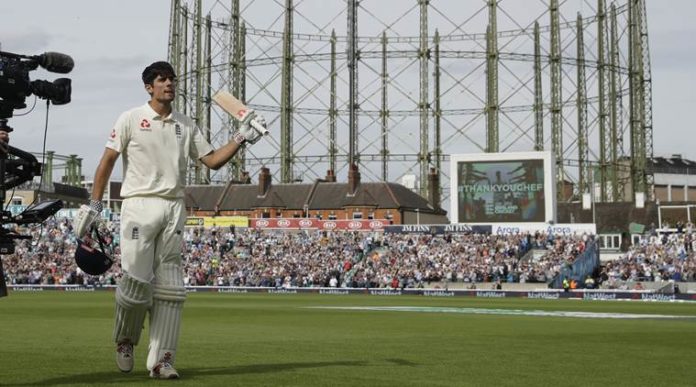 Centuries from England captain Joe Root and Alastair Cook put England in a commanding position at the end of day 4 as they set India a mammoth task of chasing down 464. At stumps, India stands at 58-3 with KL Rahul unbeaten on 46 to end a miserable day for the visitors. 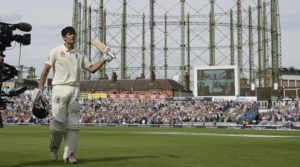 Carry on from their overnight score of 114/2, the hosts wasted no time in adding to their lead, scoring at a brisk pace and losing no wickets. By the end of the morning session, England had added 129 runs to their total and was leading by 273 runs with Cook completing his 33rd hundred in his final innings in tests.

Post lunch, the duo showed no signs of slowing down as Root too reached the 3 figure mark. They put on a mammoth 259 run stand for the 4th wicket increasing the lead to 361. Part-timer Hanuma Vihari then removed both Root and Cook in successive deliveries after they had made 125 and 147 respectively.

Cook then went back into the pavilion following a brilliant standing ovation from the crowd which was also added with the outfielders coming to give him a grand sendoff. Following both their dismissals, England then went in search of quick runs looking for declaration. Even though they lost quick wickets, they kept piling on the runs through Ben Stokes and finally declared at 423 for 8 sets a target of 464.

Indian teen who had to face 18 overs to see of the day lost Dhawan, Pujara, and Kohli with just 2 runs on the board. KL Rahul then combined with Rahane to put up a 50 run partnership and see of the day. India will now head into day 5 needing 406 runs to win the match.

With only one result looking possible at this moment, England will look to pick up the remaining wickets in quick time and wrap up the series 4-1. India, on the other hand, will be hoping to show some resistance on the field tomorrow.